by Laurie L. Dove Nov 23, 2015
In the late 1800s, Dodge City, Kansas, was nowhere near as violent or dangerous as pop culture might imply. Corbis

The Wild West: A time when outlaws roamed the plains, every sheriff was a sure shot and gun battles filled makeshift cemeteries with the innocent and guilty alike.

Except that it wasn't. As it turns out, this exciting period in American history wasn't as rife with murderous debauchery as Western movies and pulpy novels would have us believe.

During a 15-year period in the late 1880s, there was an average of only three murders a year in Abilene, Caldwell, Dodge City, Ellsworth and Wichita — the five Kansas cities that served as significant railroad stops. This was far lower than murder rates in the eastern cities of New York, Baltimore or Boston at the time. (The city with the most murders of the five was Dodge City, which had 17 over nine years, less than two murders per year.)

Bank heists were a rarity (about eight bank robberies were recorded in the Wild West from 1859 to 1900) and most people didn't carry around a loaded six-shooter. In fact, few people carried sidearms at all. Many western towns, such Dodge City, prohibited the carrying of firearms altogether.

Then what of the whiskey-drinking, gun-slinging, murderous days of yore?

There were pockets of violence, says Wild West historian Jonita Mullins, but even these “tended to be sensationalized by the press and dime novels of the day.”

Outlaws, for example, would take refuge in the Cherokee Nation spanning parts of Oklahoma and Arkansas, where the “hills were filled with caves and hollers, and were perfect hideouts for outlaw gangs,” Mullins says.

Resulting arrest attempts led to a sobering statistic. More lawmen were killed within a 50-mile (80-kilometer) radius of Muskogee than anywhere west of the Mississippi River during the frontier era, Mullins says.

Even so, a typical frontier town of the 1880s was likely to be less violent than many cities today — you'd just never know it by the way murder rates are often calculated. In fact, the compilation of homicide rates during the Wild West-era may be one of the longest-running controversies among statisticians.

Historian Robert R. Dykstra has explored the problem of analyzing frontier statistics, finding that the small populations of many circa 1880 Wild West towns skew the murder rates. Dykstra claims that if the 1880 murder rate of Dodge City, Kansas, were compared to a large city 100 years later, Dodge City would appear to have been more violent — even if the large city had far more murders. For example, in 1880 Dodge City, one person out of 996 was killed.

However, 100 years later in Miami, 515 people out of 1.5 million were killed. Although more people were murdered in Miami, statistically speaking the city has a lower homicide rate — just 32.7, compared to the 100.4 of Dodge City in the 1880s.

But if Dodge City's 1880 murder rate is compared with one of the largest cities in the U.S. 100 years later, the small frontier town will always look worse. It's like comparing apples to oranges, and then killing all the plums. In the end, doing so results in an inflated murder rate for cities with smaller populations. It's also contributed to the image of Wild West towns as lawless outliers where dead bodies piled up in the streets.

In the Future, Money May Be Redundant (and You May Be, Too) 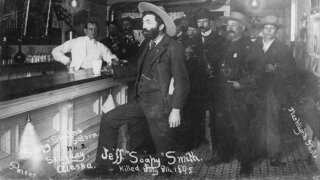 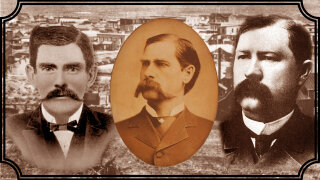 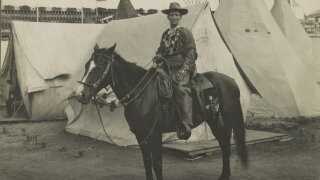 Calamity Jane Was a Woman of Many Talents ... And Great at Embellishing