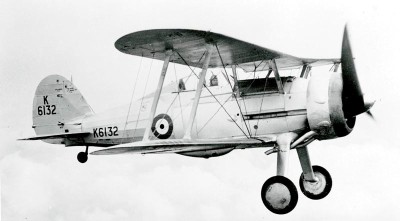 In January 1941 Italy found itself retreating in north Africa and Albania. This and other important World War II events are summarized on the timeline below.

January 10: The Soviets spend about $7.5 million worth of gold for a small area of southern Lithuania that had been promised to Germany but was occupied by the Red Army.

After advancing over the Albanian border in pursuit of the retreating Italian army, Greece captures the town of Klisura, near the Greek-Albanian frontier.

January 13: Adolf Hitler demands that King Boris of Bulgaria sign the Tripartite Pact, fight alongside the other members of the Axis, and allow the Germans to attack Greece from Bulgarian soil. The unstated yet obvious result of a Bulgarian denial is invasion.

January 14: Nazi Germany puts Romania on notice that the time has come for it to begin fighting alongside the other members of the Axis.

January 15: Emperor Haile Selassie returns to Ethiopia five years after he was sent into exile by an Italian occupation force.

January 19: Italy retreats in the face of a British attack on forces in Eritrea and Ethiopia on the same day that Adolf Hitler and Benito Mussolini discuss the ongoing difficulties on the North African and Albanian fronts. Hitler agrees to send German troop support to Libya.

January 19-21: Forces controlled by Romanian dictator Ion Antonescu brutally suppress a coup attempt by the leadership of the Iron Guard.

January 21: The United States suspends its "moral embargo" on exports destined for the Soviet Union.

January 22: The Allies occupy Tobruk, Libya, in a remarkably unbalanced battle that leaves the Italians short 25,000 soldiers at the expense of 400 Australian and British casualties.

More headlines and images detailing the events of World War II and the Allied and Axis campaigns are below.

British Royal Air Force (RAF) Gladiator dated but effective: Although clearly dated, the Gladiator biplane was the RAF's principal fighter aircraft in 1938. However, its outstanding maneuverability and four machine guns could not compensate for its relatively slow maximum speed of about 250 mph. Spitfires and Hurricanes soon replaced the Gladiators in Europe, although the biplanes continued to operate in the Middle East, where they were particularly effective against the Italian air force. They also played a vital part in the defense of Malta in 1940-42.

The Lee-Enfield Britain's standard-issue rifle: Winston Churchill examines the .303-inch Lee-Enfield rifle, which was the standard issue rifle of the British and Commonwealth forces throughout the war. In many respects, it had changed little from its First World War predecessor. Robust, reliable, and extremely accurate -- even at ranges beyond 1,000 yards -- the magazine held 10 rounds of the same caliber as the British Army's Bren light machine gun and Vickers medium machine gun. Although the bolt had to be worked between shots, a trained soldier could fire 20 aimed shots per minute. The rifle's bayonet options included a traditional bladed type and a short spiked pattern.

The United States passed the Lend-Lease Bill in February 1941. Learn about this and other major World War II events on the next page.