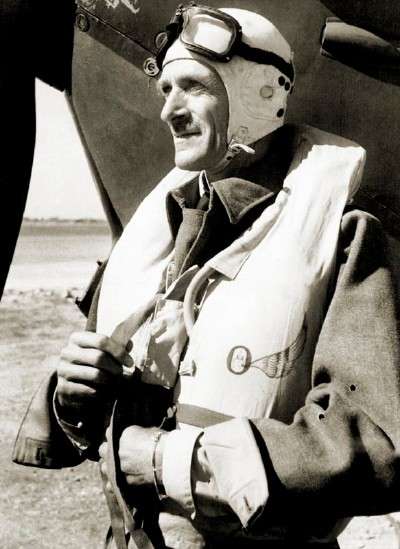 In February 1941, the Lend-Lease Bill, which allowed the United States to actively assist the Allies, was passed. This and other important World War II events are detailed in the timeline below.

January 27: Joseph Grew, the American ambassador in Tokyo, passes on to Washington a rumor that Japan is planning a surprise attack on the U.S. naval base at Pearl Harbor, Hawaii.

January 29: Representatives from the United States and Britain secretly meet in Washington to discuss joint military strategy if the U.S. is forced into war.

January 30: In an effort to cut the British supply chain, Nazi Germany threatens to torpedo any neutral ship carrying supplies to Allied troops.

February 8: The Lend-Lease Bill, designed to provide a framework through which the United States can assist the Allies while maintaining neutrality, passes the House of Representatives. It will pass the Senate on March 8.

February 15: The Nazi administration in Austria inaugurates its plan to deport Austrian Jews to Polish ghettos.

More images and headlines detailing major events of World War II and the German invasion are below.

RAF Commander Keith Park "wins" Battle of Britain: RAF Commander Keith Park led air protection and reconnaissance during the Dunkirk evacuation and during the Battle of Britain. In 1947 Lord Tedder, chief of the RAF, said of Park, "If any one man won the Battle of Britain, he did." Even though Park was rewarded for his service with the Order of Commander of the Bath, he was removed from command during rancorous debates about his conservative tactics. Beginning in July 1942, Sir Park saw action in Malta, Italy, and Sicily, and then as commander of Allied forces in the Middle East. Park is often referred to as the ­"Savior of Britain."

The Bismarck sinks the Hood: The German battleship Bismarck fires toward the British battle cruiser Hood on May 24, 1941. According to Lieutenant Esmond Knight, who witnessed the attack while on the British Prince of Wales, "a great spouting explosion issued from the centre of the Hood, enormous reaching tongues of pale-red flame shot into the air, while dense clouds of whitish-yellow smoke burst upwards, gigantic pieces of brightly burning debris being hurled hundreds of feet in the air... Hood had literally been blown to pieces." Of the Hood's crew of more than 1,400 men, only three survived.

British sink Nazi battleship Bismarck: After sinking the Hood on May 24, 1941, and seriously damaging the Prince of Wales, the German battleship Bismarck slipped away. British crews eagerly tried to catch the Bismarck, but with their ships running low on fuel, the British despaired of catching Nazi Germany's magnificent menace. Then, on May 26, a Royal Air Force flying boat spotted the Bismarck heading for the French coast. British torpedo planes slowed the German ship down, but then lost it again. At last the Bismarck -- damaged, unable to steer properly, and off course -- was relocated. On the 27th, it was encircled by Royal Navy battleships and cruisers. In the battle that followed, the Bismarck was sunk.

British trounce Italy in North Africa: Following their defeat at the hands of Britain's Western Desert Force in February 1941, 130,000 Italian troops were sent to POW camps. Although Italian General Berti's 10th Army was much larger than the British force when it set out to invade Egypt in September 1940, its divisions were ill-equipped and poorly trained for mobile armored warfare. Inevitably, a succession of telling defeats followed: Sidi Barrani in December, Bardia and Tobruk in January 1941, and Beda Fomm in February 1942. Only the arrival of German support presaged a change in Axis fortunes.