World War I wrought unprecedented levels of death and destruction, claiming upward of 30 million military casualties and millions of civilian lives and livelihoods. The four-year slaughter finally came to an end on Nov. 11, 1918, but the final terms of Germany's capitulation weren't hammered out until the Paris Peace Conference of 1919.

U.S. President Woodrow Wilson chose to attend the peace negotiations in person, becoming the first American president to travel abroad on official business. Wilson arrived with an idealistic vision of a rebuilt Europe safeguarded by a new League of Nations, as outlined in his famous "14 Points" speech. The French and British, however, who had lost millions of soldiers during years of brutal trench warfare, came demanding justice and revenge.

After months of contentious negotiations, to which Germany and the other defeated Central Powers weren't even invited, Wilson and his allied counterparts emerged with the Treaty of Versailles (so-called because it was signed at the Palace of Versailles in France). The sprawling document redrew Europe's borders, carving new countries out of the former Austro-Hungarian empire (including Yugoslavia, Czechoslovakia and Poland) in a nod to Wilson's policy of "self-determination." But the harshest terms of the treaty were reserved for Germany.

The German military was effectively disarmed and reduced to a defensive skeleton force. Germany lost 10 percent of its territory, including the long-contested Alsace-Lorraine region and all of its overseas colonies. Allied forces would occupy German territory west of the Rhine for 15 years.

And then there was the matter of reparations. In order to demand that Germany pay back Allied countries for the damage it inflicted to life and property, the Treaty of Versailles needed to officially assign blame. That explains the inclusion of "Article 231," also known as the "War Guilt Clause":

Germany was eventually billed for $32 billion (over $500 billion in today's dollars) in damages, an astronomical sum for a nation gutted by war and still without a functioning government. Defeat and debt were bad enough, but the shame and guilt imposed by the Treaty of Versailles were seen by many Germans as intolerable.

"From a political standpoint, [the War Guilt Clause] does more harm than good," says Michael Neiberg, chair of war studies at the U.S. Army War College and author of "The Treaty of Versailles: A Concise History." "It stirs up everybody inside Germany. It gives them something to unify against at a time when Germany is badly divided on what should replace the Kaiser's regime. Now you've given them a single thing to rally around."

For Neiberg, the more critical factors that set the stage for WWII were the global financial meltdown of the Great Depression and the failure of the United States to back one of Wilson's highest priorities in the Treaty of Versailles, the creation of the League of Nations.

The League of Nations was the 14th point of Wilson's "14 Points" doctrine:

"A general association of nations must be formed under specific covenants for the purpose of affording mutual guarantees of political independence and territorial integrity to great and small states alike."

The drafters of the Treaty of Versailles knew that the redrawn map of Europe was going to result in terrific political instability. The empires that had ruled Europe for centuries — Austro-Hungarian, German, Ottoman and Russian — were all gone, replaced by smaller and weaker states, or reshaped by revolution like the Bolsheviks in Russia.

Wilson hoped that peace could be maintained by girding each of the newly created states with an American-style constitution safeguarding the rights of ethnic minorities. But if problems arose — and they definitely would — a strong and unified League of Nations would be able to step in and solve them.

The problem was that when Wilson came home and presented the Treaty of Versailles to Congress, American legislators refused to ratify it. A contingent of Republican senators known as the "Irreconcilables" rejected the very notion of a League of Nations, fearing that U.S. membership would force America into European conflicts.

Wilson campaigned hard for ratification of the treaty and membership in the League of Nations, but he suffered a debilitating stroke while on a nationwide tour and was replaced in 1921 by the staunch isolationist Warren Harding. American absence from the League of Nations undermined its credibility.

This 1921 American political cartoon is critical of the heavy reparations Germany had to pay thanks to the Treaty of Versailles.
New York World/Wikimedia Commons

"Once Wilson is off the stage and the United States has rejected the League of Nations, then there's really no reason for the successor states of the Austro-Hungarian empire to believe in the constitutional system that Wilson insisted upon," says Neiberg.

As for the rise of Hitler and his racist ideologies, Neiberg believes that they found fertile ground in the economic wasteland of Depression-era Germany. Before the 1929 stock market crash, U.S. banks were loaning Germany money to pay its reparations and fund its post-war rebuilding efforts. When those loans were called in after the crash, German industry lost its financing, which led to crippling unemployment.

The German people, jobless and desperate, lost faith in democracy and found refuge in fascist creeds that blamed Jewish conspirators for Germany's problems and promised a return to greatness under a "purified," Aryan state.

"I can envision a European world in which the stock market here in the U.S. doesn't crash, the Great Depression doesn't happen, and Europeans find ways well short of fascism and bolshevism to work out the rest of the 20th century," says Neiberg. "It's the Great Depression that unhinges all of this."

Now That's Interesting
Since the U.S. never signed the Treaty of Versailles, hostilities weren't officially ended between America, Germany and the other Central Powers until the passage of the Knox-Porter Resolution in 1921. Germany didn't finish paying off the $32 billion reparations until 2010. 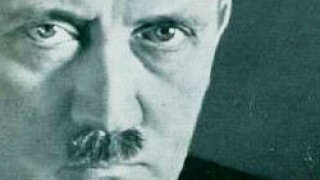 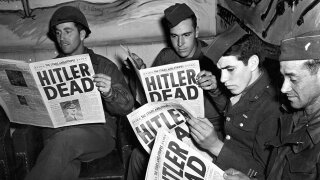 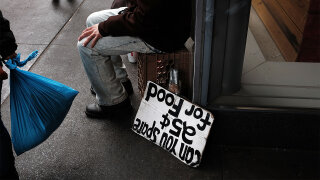