by HowStuffWorks.com Contributors
Prev NEXT
6 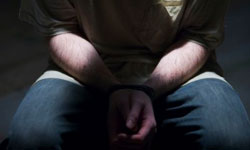 Is torture ever legal? The CIA used tactics to interrogate al-Qaida suspects that are forbidden by the Geneva Convention.
Ron Koeberer/Getty Images

In early February, the torture question was on everyone's minds. When is torture legal -- if ever? After Sept. 11, 2001, six men­ thought to be responsible for the terrorist attacks were questioned by the Central Intelligence Agency (CIA), and it later came to light that the CIA had used tactics expressly forbidden by the Geneva Convention. The White House responded that interrogation techniques like waterboarding are acceptable if the president and attorney general condones them. But humanitarian groups weren't any more comfortable with this answer than they had been in 2001, when Vice President Dick Cheney declared that in waging the War on Terror, the conventional rules of war didn't apply. Raising hackles even more, videotapes that had been used to record the CIA's interrogations of two al-Qaida suspects were destroyed. Ultimately, the torture question and the CIA's exceptions to the rules of war would leave lasting impressions about the efficacy and justice of the Bush administration.