The Wages of Satanic Panic 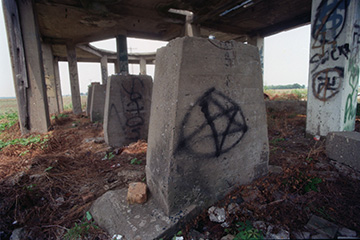 Satanic panic did not result in massacred populations, but its wages were still all too real. While the satanic nature of "recovered" ritual abuse memories were bogus, many people still had to live with their traumatic pseudomemories. Furthermore, as previously mentioned, hundreds of day care workers and parents experienced the trauma of SRA accusation — called out in their families and communities for their alleged involvement in a filicidal devil cult.

And then there were the convictions. Husband and wife Frances and Dan Keller served 21 years of a 48-year sentence for abuses allegedly committed at their Texas day care – allegations that also involved the graveyard sacrifice of baby tigers and a parrot that pecked children "in the pee pee." It was 2013 before they were finally freed for lack of evidence and false medical testimony [sources: McRobbie, Smith].

For the most part, however, the flames of satanic panic died down in the early 1990s. The true experts were the first to stomp down the flames of satanic panic. A 1994 study from the National Center on Child Abuse and Neglect discredited virtually every shred of SRA's believability. The massive meta-study found only a few reputable cases of lone or paired perpetrators using ritualized tactics against children — and not a single case out of 12,000 incidents provided evidence of satanic, child-abusing cults [source: Jenkins].

Legal cases fell apart. Investigations turned up nothing. The American popular media, despite its role in the spread of satanic panic, at least did its part to put out the flames. Most mainstream news programs began to turn against the SRA script by the late '80s. Between 1990 and 1994, the debunking of SRA became the new hot story.

But is the fire completely out? No, not quite. Like any exhausted fire, the heat remains in isolated subcultures and the outskirts of its international expansion. You'll still find preachers condemning the infernal powers of popular media. To this day, the South African Police Service still employs an Occult Related Crime Unit to combat the country's perceived satanic threat [source: Kemp].

Moral panic isn't going away. It's a part of who we are. All we can do is keep an eye on the fires, remain aware of the cultural kindling and try to keep the flames from blowing out of control.

I have to give a special shout out to my collaborator Christian Sager on this one, as we researched the topic together for an episode of the Stuff to Blow Your Mind podcast (which you'll find linked below). It was a fascinating topic to cover as my own childhood, as well as Christian's, spanned the 1980s. While satanic panic never directly impacted my life, I certainly felt its effects in the culture surrounding me.