by Dave Roos Jan 28, 2020
Christopher Columbus (1451-1506) is shown holding a globe in a detail from a painting by Peter Johann Nepomuk Geiger in the throne room of Miramare castle in Italy. DeAgostini/Getty Images

Don't believe everything you learned in elementary school. Our rose-colored image of Christopher Columbus, daring discoverer of America, is largely based on Washington Irving's 1828 biography, "A History of the Life and Voyages of Christopher Columbus," much of which was invented. The real history of Columbus is far more complicated, controversial — and interesting.

Let's dispel some of the most pervasive myths about the divisive figure of Christopher Columbus, starting with how people viewed the world in the 15th century.

1. Columbus Set Out to Prove the World Was Round

Contrary to what Irving wrote in his biography, Columbus was not a solitary geographical genius surrounded by a bunch of flat-Earthers. The fact that Earth is round was well-established in 15th-century scientific circles. What was still unknown was the size of the planet.

Columbus's gamble was that the Earth was really small. He calculated that the distance from Spain to Japan, sailing West, was only 2,400 miles. In fact, it's closer to 11,000 miles and there are two continents in the way. Not only was Columbus wildly wrong about the circumference of the Earth, but he thought it was pear-shaped instead of a sphere.

This is a touchy subject, since Italian-Americans are some of Columbus's greatest supporters and defenders. But if we're going to be historically accurate, Columbus couldn't have been Italian, because Italy wasn't a thing until 1861.

Columbus was born in Genoa, a port city in the northern region of Liguria in modern-day Italy. But the Kingdom of Italy wasn't unified until 1861, more than 350 years after Columbus sailed to America. In Columbus's day, Genoa was an independent republic with its own language and currency. Complicating matters was that Columbus left Genoa early and made his name in Portugal and Spain.

Italian-Americans latched on to Columbus in the late 19th century to combat virulent discrimination against Italian immigrants. Italian-American communities in cities like San Francisco began holding annual Columbus Day parades to celebrate an American hero with Italian heritage, and to promote Italian contributions to American society and culture.

Ask any random first-grader, "Who discovered America?" and they'll proudly tell you it was Christopher Columbus. Heck, ask most 50-year-olds and they'll give the same answer. But there are several serious problems with that claim.

Even if we ignore the fact that millions of indigenous people had lived in the land now known as North America for more than 10,000 years before Columbus "discovered" it, Columbus was still not the first European to make landfall in the New World. Historians and archeologists agree that Viking explorers and possibly Leif Erikson himself established colonies along the eastern coast of Canada as early as the 10th century.

But even if you ignore both the indigenous issue and the Viking claims, you're still stuck with the fact that Columbus never set foot in North America. Columbus's first expedition landed on a small island in the Bahamas Oct. 12, 1492. Subsequent expeditions came ashore in Cuba, Jamaica and Hispaniola, among other islands. While these islands are most certainly part of "the Americas," none of Columbus's expeditions found what most Americans would consider "America."

4. Columbus's Ships Were the Niña, Pinta and the Santa Maria

Well, this one is only half false. Columbus and his crew may have called the three ships the Niña, Pinta and the Santa Maria, but those were probably just nicknames.

The Niña was not the ship's official name. The small caravel-style vessel was originally called the Santa Clara, but dubbed the Niña ("girl" in Spanish) by the sailors in homage to the ship's owner, Juan Niño. No one knows what the original name of the Pinta was, but some historians speculate that nickname was short for la pintada or "the painted lady," a possible reference to a prostitute.

For the Santa Maria, one story is that it was a name given by Columbus to a ship originally called la Gallega or Santa Gallega because its owner was from the Spanish region of Galicia. The more colorful explanation is that the "saintly" name is another nod to a favorite prostitute named Maria Galante.

5. Columbus Thought He Had Discovered a New Continent

Nope. Columbus had no idea that he had accidentally found the edge of two massive continents equaling nearly 40 percent of the world's total landmass. Instead, he died convinced that he had discovered a Western sailing route to Asia or the "East Indies." That's why he called the local indigenous tribes "Indians," of course.

This German map traces the four voyages of Christopher Columbus to the West Indies and the Caribbean Sea. The first voyage is represented with a dark unbroken line.
Hulton Archive/Getty Images

Instead of thinking that he had discovered some truly unknown "New World," Columbus believed that he had merely landed on some Asian islands that hadn't been described by Marco Polo. Incredibly, Columbus came this close to being the first European in South America, but he mistook the coast of Venezuela for mainland China and wasn't interested in pursuing it further.

6. Columbus Was a Genocidal Murderer

In recent decades, Columbus has been vilified by critics who blame him for the eventual deaths of millions of native people who contracted European diseases or fell to the sword of conquistadors and colonists. While that's a lot of death to place on the shoulders of one man, Columbus's direct interactions with the Taíno natives on Hispaniola were also disastrous.

It's estimated that 300,000 Taíno lived on Hispaniola in 1492. Just 16 years later, that number had dwindled to 60,000. By 1548, only 500 remained, according to Columbus biographer Laurence Bergreen. As many as 50,000 are believed to have committed mass suicide rather than to live under Spanish rule.

Columbus's fiercest critics label him a murderer who willfully committed genocide. Kris Lane, a historian of colonial Latin America, disagrees. Lane recognizes Columbus's personal crimes, which included rounding up and selling natives as slaves, and working some Taíno to death in gold mines. But he doesn't believe that Columbus was intent on wiping the Indians out, even if that was the result.

"Was Columbus an active protector of Native Americans?" wrote Lane in the Washington Post. "No. Did he wish to eliminate them? No. Did genocide directly result from his decrees and his family's commercial aims? Yes."

7. Columbus Was a Respected and Beloved Leader

It wasn't just American Indians who suffered under Columbus. Even if we include the caveat that he was "a man of his time," it's hard to dismiss the evidence that he was a tyrannical and even cruel leader who often imposed his will on his Spanish subjects through violence and fear tactics.

In "Columbus: The Four Voyages," author Lawrence Bergreen published firsthand accounts of Columbus's oppressive methods as the leader of the Spanish settlement on Hispaniola. He was fond of public beatings and whippings, cutting out a woman's tongue for "speaking ill" of Columbus and his brothers, hanging other Spaniards for stealing bread, and ordering vicious lashings for crimes as petty as not properly stocking Columbus's pantry.

When King Ferdinand and Queen Isabella sent an officer of the Spanish crown to assist Columbus, the man found a colony devolved into rebellion and chaos. When Columbus refused to follow the officer's orders, Columbus was arrested and sent back to Spain in shackles.

Now That's Cool
The movement to replace Columbus Day with Indigenous Peoples' Day started back in 1977 at a United Nations International Conference on Discrimination against Indigenous Populations. At least eight states and 130 cities have now made the switch.

Squirrels Can Be Left- or Right-handed 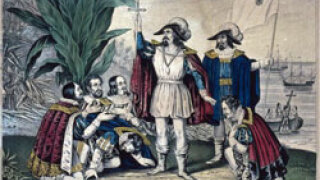 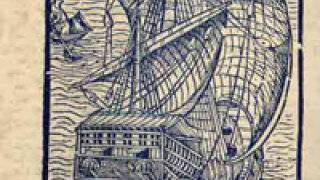 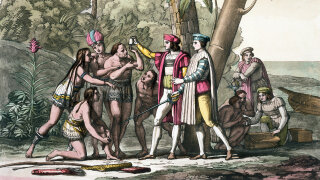