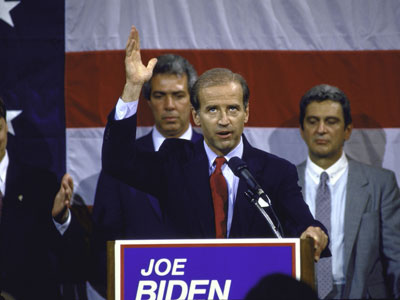 During a ca­mpaign stop at a supporter's home in Claremont, N.H., in the 1988 Democratic presidential primary race, Sen. Joe Biden lost his temper. A small group of people were assembled for the informal, structured publicity appearance. C-SPAN, the public service all-government channel, was on hand to record the event. Among the group was a man named Frank. It was Frank who asked Biden, by then halfway through serving his third consecutive term as senator, about his academic record.

Biden had been a lackluster student in college. His first year at the University of Delaware yielded him a grade point average of 1.9 [source: ABC News]. When he graduated and entered law school, his performance was much the same, ranking 76th out of a class of 85 students. Still, Biden was convinced his poor academic showing was due to a lack of interest, not intellect. He later wrote in his memoir, "Promises to Keep" (published in 2007), "The work didn't seem so hard, just boring; and I was a dangerous combination of arrogant and sloppy" [source: Biden].

How to get this across to Frank? "I think I probably have a much higher IQ than you do, I suspect," he shot back, irritated [source: Bates]. Biden went on to mention he'd graduated in the top half of his law school class -- a false statement [source: New York Times].

This was typical Joe Biden. The 35-year veteran senator from Delaware is known for his bluster. He admits that he has a quick temper and, "I exaggerate when I'm angry" [source: New York Times]. He has found absolution for his missteps from his largely white and African-American working class constituency in his home state. "We forgive him every once in a while when he says something dumb -- 'Oh, that's just Joe,'" explains, James M. Baker, the mayor of Wilmington, Del., Biden's hometown [source: IHT].

But as the running mate in Sen. Barack Obama's bid to be the first African-American president in U.S. history, Biden will need the forgiveness and consensus of more than the voters of the nation's 49th largest state. What qualifies Sen. Joe Biden to serve as Vice President of the United States? Find out in this article.