We've just never been able to let the whole Amelia Earhart thing go. The legendary pilot disappeared 80 years ago, but we're still looking for her remains (and those of her navigator Fred Noonan). Just this year an expedition involving forensic dogs led by The International Group for Historic Aircraft Recovery (TIGHAR) were sent to the island in the South Pacific where her plane is thought to have crashed.

The word on the street, however, is that Earhart's remains were probably gobbled up by coconut crabs (Birgus latro), and some of her bones subsequently hauled off to their lairs. Coconut crabs are an oversized species of hermit crab — in fact, they're the world's largest land-dwelling arthropod. These monsters can weigh up to 9 pounds (4 kg), and normally eat coconuts, obviously, but will also snack on other available fruits, nuts and leaves. They have also been known to enjoy a little carrion from time to time — your average coconut crab probably wouldn't turn its carapace up at a live rat, should the rodent be unlucky enough to fall into its hole. The crabs also have an excellent sense of smell for hunting out their next meal.

Depending on who you talk to, the mystery around Earhart's disappearance can get really complicated, really quickly. However, what's known is that, on July 2, 1937, during their attempt to circumnavigate the Earth by plane, Earhart and Noonan took off from Lae, New Guinea, headed for Howland Island in the South Pacific. Unfortunately, they never made it — the last position they reported was near the Nukumanu islands, 350 miles (560 km) to the southeast.

In 1940, a British officer named Gerard Gallagher found a partial human skeleton and a sextant box on an island called Nikumaroro in the Republic of Kiribati, basically the exact location of her last transmission. Other items — a jar of freckle ointment and the rubber sole of a shoe — were found later. The skeletal remains found by Gallagher were somehow lost, but not before a physician named David Hoodless took measurements. In 1998, a group of doctors reviewed the notes of both Gallagher and Hoodless, and decided the bones belonged to a tall female of European descent.

It was Gallagher who first speculated that the smaller bones of the skeleton found on Nikumaroro must have been hauled away by coconut crabs -- the animals are large and voracious, and he seems to have gotten the idea from the locals who were basically like "yeah, coconut crabs haul away human bones all the time."

However, a 2007 experiment run by TIGHAR attempted to see if coconut crabs might haul away the bones of a pig carcass, and although many of them came and fed on it, no large bones were lugged off into the forest.

So, though it's possible Amelia Earhart was eaten and her bones dispersed by coconut crabs, nobody really knows. Let's hope, for her sake, she's peacefully at rest at the bottom of the Pacific and didn't meet her demise at the claws of a pack of hungry arthropods.

Now That's Interesting
In 1937, the year Earhart disappeared, the US government spent $4 million on the mission to find her — the most ever spent on search and rescue mission at the time.

Can Popping a Wheelie Land You in Jail? 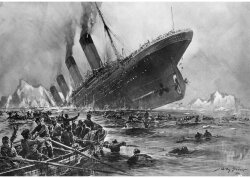 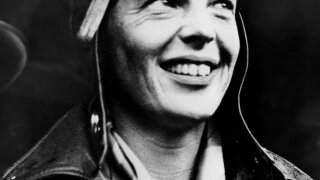 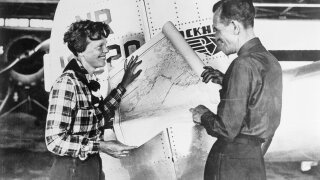 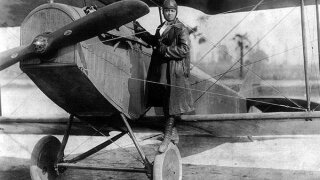