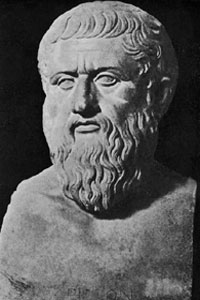 Plato was the first (and only) person to give an account of the sinking of Atlantis 9,000 years before. Was it allegory or fact?
FPG/Getty Images

Sometimes Plato can be irritating, especially if you're one of those people dedicated to uncovering the lost civilization of Atlantis. He wrote of its destruction some 9,000 years ago, but unfortunately for modern historians, he didn't tell us much. Was it a continent? Was it a city? Plato can be maddeningly vague. He also has a tendency to muddy the waters by weaving literary license with fact. Characters he wrote of were real people -- for example, Socrates, his teacher -- but Plato inserted his own words. After all, he was a philosopher, not a documentarian.

Such is the case with his description of Atlantis. In his book "Timaeus," the classical Greek philosopher tantalizingly places the location of the lost civilization in a real place, the Pillars of Hercules [source: Krystek]. This is what we now call the Strait of Gibraltar, off the coast of Spain. On the other hand, he loses some credibility when he mentions that the city was also populated by blood descendants of the sea and earthquake god Poseidon.

What Plato described -- a ringed lost city that was advanced in architecture, art and technology and was overwhelmed 9,000 years ago by a wave sent by Poseidon after its inhabitants had grown too wicked -- dovetailed nicely with the interests in archaeology and the occult that converged in the West in the late 19th century. In 1882, those interests were officially taken over by fringe dwellers when author, politician and scientist Ignatius Donnelly published his book," Atlantis, the Antediluvian World." Since then, Atlantis' legend has grown more fantastic: Plato was confused; the residents were aliens, not descended from gods; the city's advanced technology reached into the metaphysical and energy crystals in the drowned Atlantis accounting for mysterious activity in the Bermuda Triangle. Atlantis is in the Caribbean. Atlantis is in the South China Sea. Atlantis is in Switzerland.

Psychic Edgar Cayce, the sleeping prophet of Virginia Beach, was deeply involved in the occultization of Atlantis. He predicted that some of the city would rise off Bimini, or the western end of the Bahamas. Indeed in 1968, a diver discovered an underwater rock formation that's now known as the Bimini Road. Whether it's man-made or natural is still in question, but at any rate, the discovery reignited interest in the lost city.

As far out as the legend of Atlantis has grown, some archaeologists have quietly continued looking for something like it. Perhaps Atlantis was real -- or some approximation of it, at least. 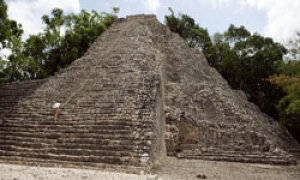