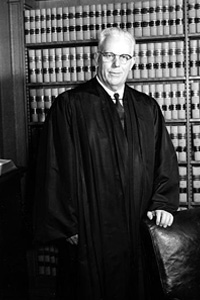 Chief Justice Earl Warren headed the Warren Commission, the first of several investigations into the assassination of JFK.
AP Photo

Not everyone is satisfied with the Warren Commission's report. Some think Oswald acted on behalf of another organization. Others think Oswald was speaking the truth when he cried out "I'm just a patsy" to the media. There are enough inconsistencies and unusual coincidences in Oswald's background to sow the seeds of suspicion.

Some conspiracy theorists suggest that the Soviet Union -- in the form of the KGB -- or Cuba contracted Oswald to assassinate the president. No substantive evidence on either of these charges exists. The Warren Commission investigated Oswald's finances dating back a year and half before the assassination -- long before any trip to Dallas was planned. The result of the investigation was the discovery of a little more than $160 in discrepancies -- not enough to merit further concern.

Part of the reason these conspiracy theories exist despite the lack of evidence is motive. Both the Soviet Union and Cuba had reasons to target JFK. The Soviet Union and the United States were at the height of the Cold War. Cuba and the United States had recently been embroiled in a controversial conflict -- the Bay of Pigs. In addition, the CIA, apparently acting under its own authority, had been trying to assassinate Fidel Castro for months.

But other theories abound. One links Jack Ruby to the mafia, suggesting that the mob was behind the president's death. It's true that Robert Kennedy, JFK's brother, was attorney general and had pledged to pursue organized crime with relentless tenacity. This theory hinges on either Oswald being a patsy or working for the mob. If he was a patsy, Ruby was sent to kill Oswald before Oswald had a chance to talk to authorities.

Again, little evidence exists to link Oswald or Ruby to the mafia. Oswald had an uncle connected to the mob in New Orleans, but no evidence suggests the two corresponded. Jack Ruby was a nightclub owner who had some shady business practices but no confirmed mafia connections. While the motive fits nicely with the crime, the evidence just doesn't follow.

Perhaps the most controversial conspiracy is that it was an inside job, possibly ordered by Vice President Johnson. Kennedy had criticized the CIA's intelligence practices. He was also considering scaling down the United States' involvement in Vietnam. Some suggest that Johnson and the CIA worked together to get Kennedy out of the way before he could enact these changes. But again, no hard evidence links them to Kennedy's assassination.

Of course, with conspiracy theories, some argue that a lack of evidence is proof of involvement. It remains that the most conclusive evidence: autopsy results, a rifle with Oswald's fingerprints that Oswald himself had ordered under a false name, the spent cartridges and Oswald's response when he was apprehended all point to him as the perpetrator.