by Josh Clark & Dave Roos
NEXT PAGE
The Battle of Bunker Hill on June 17, 1775 is depicted in this painting by John Trumbull. The battle was one in the early stages of the American Revolutionary War. DEA PICTURE LIBRARY/Getty Images

But what really made the American Revolution so revolutionary was that it didn't end in a regime change only, but in the creation of an entirely new nation founded on democratic principles.

The Greek city-state of Athens was one of the world's first direct democracies, and the Roman Republic was the first representative democracy in history, dating from 509 B.C.E. to 27 B.C.E. [sources: Hauer, National Geographic Society]. Even though it wasn't the first democratic experiment in history, the American Revolution was still considered revolutionary (even radical) in its time, especially when compared to the most powerful European nations of the day, which continued to be ruled by old-world monarchs and wealthy aristocrats.

Historians have vigorously debated how the American Revolution gave rise to democracy. Some see the revolution as a struggle for self-government; others see it as a class struggle that erupted in violence [source: McManus]. Whatever its origins – and a number of competing and cooperative factors created it – the American Revolution in fact did create a new, democratic nation.

Certainly, the concepts that Thomas Jefferson included in the Declaration Independence – that "all men are created equal," and that government derives its power from the "consent of the governed" – were revolutionarily democratic ideals [source: National Archives]. Yet it wasn't until the ratification of the Constitution more than a decade later in 1789 that the democratic principles of the new nation were put into practice. Without the Constitution, the document that guaranteed the protection of civil rights and the restraints put on the state, the democracy birthed by the Declaration would have existed only in rhetoric.

Other historians have argued that American democracy wasn't truly born until 1796, when George Washington voluntarily stepped down after two terms as America's first president [source: Stromberg]. It marked the first peaceful transfer of power in the new nation and set a precedent that American presidents weren't leaders for life, but regularly elected by the will of the people.

A strong case can also be made that the most revolutionary aspects of the American Revolution — lofty democratic ideals of equality and full representation — were obtained through a slow evolution rather than a one-time revolution. American democracy may have been born in the 18th century, but that was a "democracy" in which only white men had the right the vote. Only after the eradication of slavery, the extension of voting rights to African-American men and all women, and the passing of Civil Rights legislation barring discriminatory poll taxes and citizenship tests, could America rightfully call itself a democracy.

How the Boston Tea Party Worked 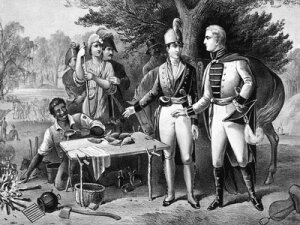 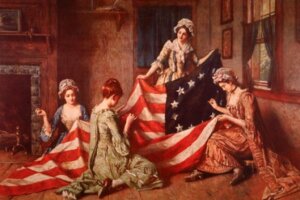