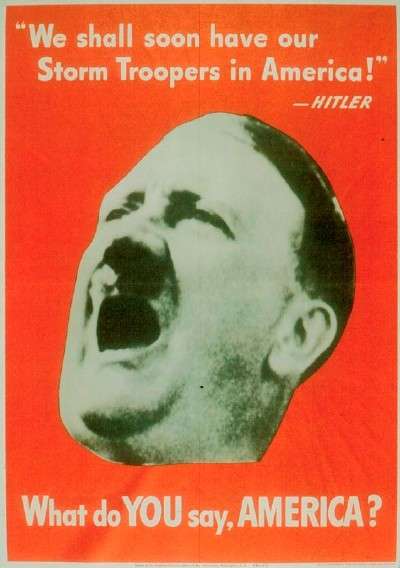 On July 13, 1942, President Franklin Roosevelt approved the creation of the Office of Strategic Services (OSS), which would later become the Central Intelligence Agency. Learn about this and the other important World War II events that occurred during the month of July 1942 below.

July 9: Teenaged diarist Anne Frank goes into hiding along with her family and friends as the Nazis begin to purge Amsterdam of its Jewish population.

July 13: President Franklin Roosevelt approves the creation of the Office of Strategic Services (OSS), the forerunner to the Central Intelligence Agency.

July 15: In the first deportation of Holland's Jews, some 2,000 are sent to Auschwitz under the guise of being relocated to a Nazi German labor camp.

July 17: The United States begins its campaign to convince Britain to launch an invasion of mainland Europe in 1942. The British will resist, opting to build their strength for a major invasion at some unspecified future date.

July 19: The Nazi Germans attempt to limit French partisan violence by imposing a law calling for the slaughter and deportation of male family members of known "terrorists" that evade capture by Nazi authorities.

July 22: The Nazis open the Treblinka death camp outside of Warsaw, Poland. Like Belzec, Treblinka's mandate is exclusively extermination, not confinement and labor.

July 23: The Nazi German army captures some 240,000 Soviet troops at the fall of Rostov.

A German U-boat lays mines in the Mississippi River delta.

Below are more highlights and images that outline the details of World War II, including an example of an American propaganda poster.

U.S. begins production of war goods: One of the tasks facing President Franklin Roosevelt in the early days of the war was to dramatically shift the focus of American manufacturing from domestic to war goods. To oversee that process, the president called for the creation of the War Production Board, whose job would be to oversee the manufacture of war materials. The first decision of the board, which was formed in January 1942, was to ban the production of all cars and light trucks after that month. By the middle of the year, production of consumer durable goods decreased by 29 percent. America's shift to a wartime economy had begun.

The Colt pistol at high demand: The Colt M1911 A1 semiautomatic pistol was widely used by American personnel in all branches of service during the war. The weapon, which could easily be assembled and disassembled, featured a magazine that carried seven bullets. Its .45-caliber round had excellent stopping power at close range. In comparison to pistols used by servicemen of other countries, however, the M1911 was quite heavy and large. In order to meet the demand for the weapon during the war, nine different manufacturers were required, which posed problems with interchanging parts.

Americans fear Nazi German invasion: Adolf Hitler was the subject of many propaganda posters, such as the one shown above. They often poked fun at his speeches, but underlying this humor lay a foundation of fear for those Americans who believed it possible for Nazi Germany and Japan to bring the war to North America. Their concern was not unfounded. Nazi Germany began to develop plans for an invasion of the United States even before Adolf Hitler's declaration of war on the U.S. Some felt that Nazi Germany's invasion of the Soviet Union was just a staging ground for an attack on America.

In our final section, we'll cover the major World War II events that took place at the end of July 1942.

Military codes, such as the Japanese navy's JN-25, proved more difficult to crack. Introduced in 1939, JN-25 remained in effect in various versions throughout the war. U.S. cryptanalysts broke the early version of JN-25, but a second version introduced in late 1940 remained largely unsolved until 1942.

The attack on Pearl Harbor prompted a determined Allied assault on enemy codes. By May 1942, about 40 percent of intercepted Japanese navy radio traffic was being deciphered, though only 10 to 15 percent of each message was readable. While Japanese code changes periodically shut off the flow of information, the U.S. advantage was incalculable. This advantage grew in early 1943 when cryptanalysts also managed to penetrate the Japanese army code.

Information from decrypts, code-named Ultra, provided intelligence on every aspect of the Japanese war effort: operations, ship sailings, troop movements and strategy, even the promotion of junior officers. Such information enabled the U.S. to ambush the Japanese fleet at Midway in June 1942 -- one of the greatest victories in the history of naval warfare.

Foreknowledge of Admiral Yamamoto's planned visit to Bougainville in 1943 allowed U.S. fighter pilots to intercept his aircraft and send him to his death. Armed with enemy ship departures and schedules, U.S. submarines proceeded to destroy the Japanese merchant fleet, delivering a mortal blow to the enemy war effort. Reports from Japanese diplomats in Europe provided critical information on German defenses, new weapons, and other topics.

Incredibly, the Japanese never realized that the string of disasters and hemorrhaging ship losses were largely caused by the compromising of their codes. Like the Nazi Germans, each time they became suspicious, they decided that since they themselves could not break Allied machine codes, the Allies -- who they deemed less intelligent -- could not accomplish such a feat. As a result, U.S. code-breakers continued to "read Japanese mail" until the end of the war.