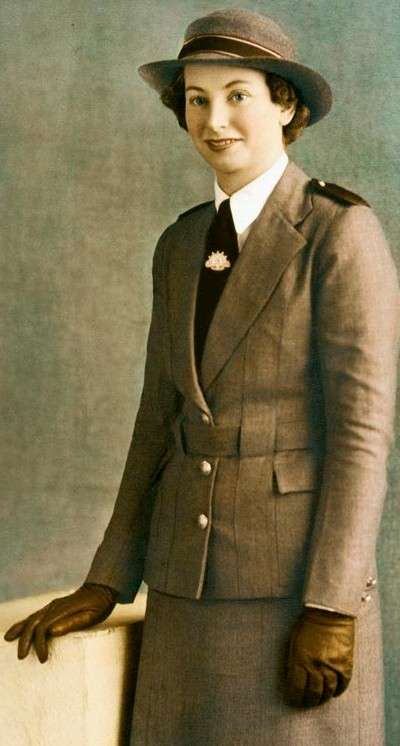 On January 25, 1942, Thailand declared war on the United States and Great Britain. Learn about this and the other important World War II events that occurred during 1942 below.

January 23: Australia sends an urgent request for assistance from the Allies after a series of conquests in the Southwest Pacific brings the Japanese within a thousand miles of Australian territory.

The first significant naval battle in the Pacific Theater, the Battle of Makassar Strait, ends with the Japanese losing four transport ships. Despite their losses, they will achieve their objective of securing the oil-rich port of Balikpapan, Borneo.

January 26: The U.S. armed forces establish their British office in the capital city of London.

The Japanese gain a critical base with the capture of Rabaul, New Britain.

January 30: In a speech that leaves no doubt about one of Adolf Hitler's primary goals of the war, the Führer asserts that the conflict will end with the "complete annihilation of the Jews," calling them "the most evil universal enemy of all time."

February 1: The Reich institutes a policy of tobacco rationing in the Fatherland, allowing German women half a man's ration.

Nazi puppet Vidkun Quisling is named Norwegian premier for the second time. He will publicly accept his reappointment in a speech unapologetically delivered in German.

Below are more highlights and images that outline the events of World War II, including the evacuation of Singapore.

Civilians killed during evacuation of Singapore: Women and children arrive in Britain after evacuating from Singapore. Confident of the impregnability of the fortress and fearful of creating a panic, British authorities waited too long to begin the mass evacuation of civilians. As defeat loomed, all available ships were hastily loaded with fleeing civilians. The Empire Star, designed to carry a small number of passengers, was crammed with 2,000 refugees. As coordination broke down, the evacuation became a debacle. Enemy planes attacked the fleeing ships and thousands of civilians drowned. Others survived drowning only to be murdered by Japanese troops as they struggled ashore on Bangka Island.

Australian Vivian Bullwinkel survives Japanese ­massacre: Sister Vivian Bullwinkel, an Australian Army nurse, was among the last 65 nurses evacuated from Singapore before it fell in February 1942. Their ship was sunk by Japanese aircraft off Bangka Island near Sumatra. Bullwinkel and a group of survivors struggled ashore and surrendered to Japanese soldiers, who bayoneted the men and shot the women.

Miraculously, Bullwinkel survived a bullet to the side. She escaped into the jungle and eventually surrendered to Japanese sailors, from whom she concealed her wounds. She then endured three years of harsh imprisonment, attributing her survival to the friendship of fellow nurses and faith in Australia.

Britain's heartbreaking defeat in Singapore: The loss of the "Gibraltar of the Far East" on February 15, 1942, ranks among the greatest defeats in British military history. The quick Japanese victory over a numerically superior force stunned the world, shattered British military power in the region, exposed the myth of Western superiority for all to see, and raised the hopes of nationalist movements chafing under colonial rule. Britain's colonial star went into decline and would never regain its former ascendancy.

See the next page for a World War II timeline that follows the major events of early February 1942.

The Combined Chiefs of Staff

For the Allies to prosecute the war successfully, they needed to establish and maintain a sound working relationship between the national military staffs of the U.S. and Great Britain at the strategic level. To achieve this, the U.S. Joint Chiefs of Staff and the British Chiefs of Staff formed the Combined Chiefs of Staff in February 1942. Britain was represented in Washington by the British Joint Staff Mission.

Although Dill's caution as CIGS chief had not endeared him to Winston Churchill, his appointment to Washington proved to be a smart decision. There, working with his American colleagues, he was instrumental in circumventing or defusing numerous issues and policy differences that could have disrupted Anglo-U.S. relations. Foremost among these was the recurring U.S. pressure for an unrealistically early Anglo-U.S. "Second Front" invasion of France.

The gentlemanly Dill was lauded for his diplomacy, intellect, and achievements in Washington. He also formed a great personal friendship with U.S. general George Marshall, the U.S. Army chief of staff. When Dill died in post in 1944, he was accorded the unique honor of burial in the Arlington National Cemetery.