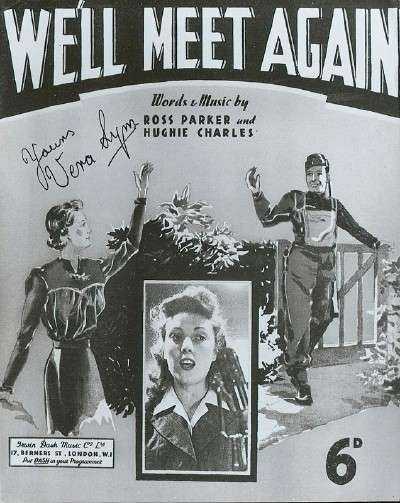 On March 18, 1942, Admiral Lord Louis Mountbatten was named the chief of Combined Operations by the Combined Chiefs of Staff. Learn about this and the other important World War II events that occurred during the month of March 1942 below.

March 10: Britain has already spent more than nine billion pounds on the war effort, more than was spent on the entire First World War.

As compensation for their shipping losses to the Axis, Brazil seizes Axis property.

March 14: Washington sets plans in motion to increase troop levels in Europe in preparation for an eventual attack on the heart of the Nazi Reich.

In response to the Japanese menace, the first contingent of American troops that will serve under General Douglas MacArthur lands in Australia.

March 17: General Douglas MacArthur assumes his new post as supreme commander of Allied forces in the southwest Pacific Theater. He lands in Darwin, Australia, a few days after his first group of men.

March 18: The American and British Combined Chiefs of Staff install Admiral Lord Louis Mountbatten as the chief of Combined Operations.

March 19: British home secretary Herbert Morrison accuses the London paper The Daily Mirror of "reckless indifference to the national interest" for its practice of publishing stories with an antiwar slant.

March 20: Japanese and Chinese troops clash along the Sittang River on the Burmese front.

Below are more highlights and images that outline the events of World War II, as well as the involvement of British women during the war.

Hu Shih solicits U.S. support for China: Known as "the father of the Chinese literary revolution," Hu Shih studied at Cornell University in 1910 and later at Columbia University. A noted philosopher and intellectual, he served as Chinese ambassador to the United States from 1938 to 1942.

As ambassador, he successfully rallied U.S. sympathy and support for his nation's battle against the Japanese. He later served as a delegate to the San Francisco Conference, which established the United Nations. An outspoken advocate of democracy and human rights, Hu Shih relocated to Taiwan after the Chinese Revolution. He died of a heart attack in 1962.

Chinese struggles to provide medical care: Throughout the war, the Chinese struggled to adequately treat wounded and diseased troops and civilians. The relatively few available hospital facilities suffered from a lack of supplies and equipment, and a shortage of doctors. Conditions were better at a U.S. missionary hospital run by Dr. Gordon Seagrave and his nurses in the Namhkam Valley, Burma, off the Burma Road. Seagrave had been recruited by the U.S. military and may have had intelligence duties as well as medical responsibilities.

British singer Vera Lynn, the "Forces' Sweetheart": When war began, young British singer Vera Lynn was sure that her fledgling career was over. She volunteered for wartime duty, expecting to work in a factory or join the Army. To her surprise, Lynn was told that she would be more useful as an entertainer. Soon dubbed the "Forces' Sweetheart," she became the most popular vocalist of her time, raising spirits on the war front and at home with her wide repertoire of wartime songs. "We'll Meet Again" was one of Vera Lynn's best-loved selections.

Britain's Women's Land Army created: The Women's Land Army (WLA) was formed in 1939 under its first director, Lady Gertrude Denman, and numbered 87,000 fully trained "land girls" by mid-1943. The organization's members worked in agriculture and forestry, producing much of the vital food stocks and timber for wartime Britain. Although many land girls lived fairly well, either on the farms or in hostels, others endured an isolated and often rudimentary rural existence. In 1945 government parsimony denied the land girls postwar financial benefits.

HMS Hermes, the war's oldest aircraft carrier, destroyed: Launched in 1919, the HMS Hermes was the world's first purpose-built aircraft carrier. A relic by the time of World War II, the Hermes suffered from design problems that included a small hanger and instability at high seas. Even so, the carrier served the Allies in the southern Atlantic and off the coast of Africa. On April 9, 1942, it was destroyed by 70 Japanese attack aircraft near Ceylon. Shown sinking here (in a photograph taken by a Japanese pilot), it went down with 307 men.

See the next page for a timeline of the major World War II events of early spring 1942.