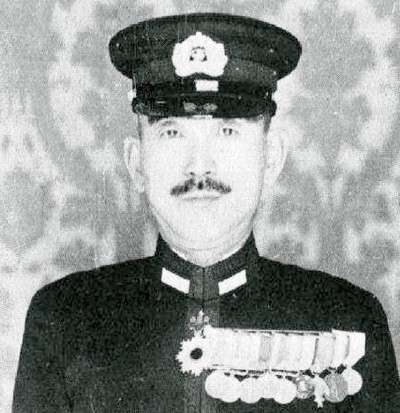 On January 18, 1943, the Jews of the Warsaw Ghetto fought back for the first time after realizing "resettlement" is a charade. Learn about this and the other important World War II events that occurred during the month of January 1943 below.

January 14-24: The Allied leadership meets in Casablanca, Morocco, to strategize the next phase of the global war. First priority is assigned to the defeat of the U-boats. In addition, Franklin Roosevelt and Winston Churchill announce publicly that they will demand the unconditional surrender of the Axis countries.

January 15: Acting on assurances from Hermann Göring, Adolf Hitler calls for the daily delivery of 300 tons of supplies to the trapped Sixth Army in Stalingrad. While 300 tons would meet the needs of the men on the ground, it is far beyond what the Luftwaffe can accomplish.

January 16: For the first time in months, the RAF bombs Berlin.

January 18: After two and a half years, the siege of Leningrad comes to an end. With some 20,000 civilian deaths a day, relief has come too late for many of the city's residents.

The Nazi German army fields its new weapon, the Mark VI Tiger heavy tank, in a battle on the outskirts of the Tunisian capital of Tunis.

Realizing that the Nazi German concept of "resettlement" is a charade designed to lead them quietly to their deaths, the Jews of the Warsaw Ghetto fight back for the first time.

January 21: Dr. Nahum Goldmann, president of the World Jewish Congress in New York, receives a telegram from prisoners in the Warsaw Ghetto. They plead for aid and say, in part, that they are "poised at the brink of . . . annihilation" and that they "live with the awareness that in the most terrible days of our history you did not come to our aid."

Below are more highlights and images that outline the events of World War II, such as FBI raids and important military leaders of the war.

Tanaka Raizo's claims to fame: Rear Admiral Tanaka Raizo was the leading tactical commander of Japanese destroyer forces during the war. His finest hour came during the Battle of Tassafaronga off Guadalcanal on November 30, 1942, when his eight destroyers were ambushed by U.S. warships. Heavily outgunned, Tanaka sank one American cruiser and damaged three others with "Long Lance" torpedoes, while losing only a single destroyer. Tanaka also gained fame for his tenacious effort to resupply Japanese troops on Guadalcanal via the so-called "Tokyo Express." He was exiled to a shore command in 1943 because of his criticism of Japanese strategy and tactics in the Solomons.

Plotters and predictors of the Women's Auxiliary Territorial Service: Seen at work is a plotter with the Women's Auxiliary Territorial Service, the women's branch of the British Army, in which women served in many capacities normally allocated to men. Working in Britain, plotters used radar to collect data about incoming enemy aircraft. Meanwhile, predictors stood on rooftops looking for planes. Together, their information was used to direct antiaircraft fire, vector fighter planes toward the Nazi German intruders, and alert the public to air raids.

Erich von Manstein, successful leader and supporter of Nazi party: Generalfeldmarschall Erich von Manstein devised the Sichelschnitt (sickle-cut) plan that allowed troops to move past France's Maginot Line in 1940. Sent into the Soviet Union in late 1942 to rescue the trapped Sixth Army, Manstein fought through blizzards to within 30 miles of Stalingrad on December 19 before being stopped by the Red Army. Put in charge of Army Group South, Manstein halted the Red Army offensive and went on to capture Kharkov. A strong supporter of the Nazi Party, he accepted huge bribes from Adolf Hitler. However, the Führer relieved him of command in 1944.

FBI adds sabotage and espionage to its list of duties: In 1936, as the Fascist movement gained momentum in Nazi Germany and the threat of war grew stronger in Europe, President Franklin Roosevelt believed that America would soon become a target for seditious activities. The role of the Federal Bureau of Investigation (FBI) was expanded to include the investigation of those types of treasonable schemes. In 1939 the FBI's responsibilities were again expanded to include sabotage and espionage investigations. Raiding homes of suspected subversives proved fruitful in the bureau's fight against terrorism in the states.

Americans listen in on Japanese shortwave radio: An NBC technician mans a listening post in North Hollywood, California, monitoring shortwave radio broadcasts from the Far East. Numerous listening posts were maintained by American press associations, broadcasters, and government agencies -- such as the Federal Communications Commission -- to monitor foreign broadcasts. Though such broadcasts tended to be heavily laced with propaganda, they also provided clues about enemy intentions, policy changes, and other useful information.

In our final section, we'll cover the key World War II events that occurred during the end of January 1943.

The effectiveness of the Japanese military during the war was seriously diminished by the dissension -- even outright hostility -- between the Imperial Army and Imperial Navy. This conflict was rooted in a history of fierce competition for funding, endless battles for political influence, a fundamental difference in worldview, and disagreement on strategic policy.

Some Japanese naval officers tended to be more cosmopolitan in outlook, while most of the Army remained provincial and deeply conservative. Militarily, the Navy placed strategic emphasis on Southeast Asia, while the Army focused almost exclusively on China and the Soviet Union.

The result was an almost pathological mutual mistrust. The services consistently failed to pool information, coordinate operations, or cooperate on the battlefield. With few exceptions, they did not share research, supplies, material, or resources, even when faced with disaster.

Squabbles could descend to astonishing pettiness. At the Mitsubishi factory at Nagoya, locked doors were put in place to conceal each service's contract work from the other. On a more serious level, some Army officers were not informed about the extent of the 1942 naval catastrophe at Midway until as late as 1945.

The outcome of this fratricidal relationship was inescapable: an impaired war effort and the speedier defeat of both services.