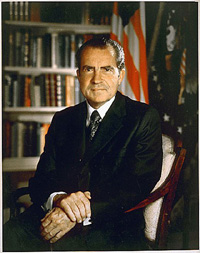 If you were not conscious during the 1970s, then you have heard the word "Watergate" but may have no idea what it means. One reason for that is the fact that it was a very messy, convoluted, wide-ranging story with lots of moving parts. So let's review.

From the public's point of view, Watergate started on June 17, 1972. On this day, five men got arrested at an office suite in the Watergate Hotel/office facility. The five men looked as though they were burglarizing the Democratic National Committee office, but it turned out they were there to fix some bugs that they had planted a week earlier. The five men were eventually found to be employees of a secret White House effort set up to spy on the Democratic Party.

That, obviously, was bad enough. Then it was discovered that the money to fund this secret effort came by re-channeling campaign contributions in various illegal ways. And the money funded a very large spying organization that also engaged in sabotage. 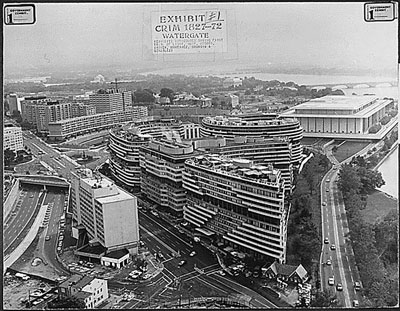 How Atlanta's Cyclorama Was Used to 'Spin' the Civil War
The Wild Wild West Quiz
Why Didn't Russia Sell Alaska to Canada?