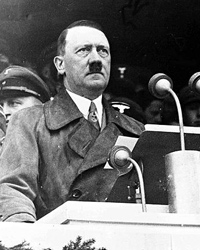 According to myth, a young George Washington confessed to cutting down a cherry tree by proclaiming, "I cannot tell a lie." The story is testament to how much respect Americans have for their cherished first president and honesty in general. Unfortunately, in the annals of history it seems there are 10 dishonest scoundrels for every honorable hero like Washington.

Supposedly, the truth can set you free. But for many, deceit holds the key to money, fame, revenge or power, and these prove all too tempting. In history, this has often resulted in elaborate hoaxes, perjuries, and forgeries that had enormous ripple effects.

In the following pages, we'll go over some of the most colossal and significant lies in history. Although such a list can't be comprehensive, we sought to include a variety of lies that influenced politics, science and even art. As a result of these, lives were lost, life-savings destroyed, legitimate research hampered and -- most of all -- faith in our fellow man shattered.

Without further ado, let's delve into one of the oldest and most successful lies on record.