by Nathan Chandler Dec 5, 2019
Whenever the king was on the throne – in both senses of the word – the groom of the stool was close at hand. Lobsterthermidor/Wikimedia Commons/HowStuffWorks

If you could transport yourself back to the days when kings ruled Europe, what job would you choose for yourself? Would you be a powerful knight or a humble cleric? Or would you choose a much more important role, perhaps as the man who helped the king relieve himself throughout the day?

Your job title, then, would be groom of the stool and, believe it or not, in many cases this would make you one of the most influential people in the monarchy.

These days, the idea of tending to someone else's bodily functions seems a bit weird or gross. Back before the days of indoor plumbing, though, elimination required manual labor. In the king's case, he'd use what was called a close stool, essentially a velvet-wrapped stool containing a chamber pot that needed to be presented, emptied and cleaned.

A royal commode, circa 1650.
Lobsterthermidor/Wikimedia Commons

In the fancy, wealthy days of the Tudors (the 1500s), just getting ready to use the stool took some work, as many people donned multiple layers of fine garments in their daily lives. The groom of the stool might help with loosening those clothes and then whisking away the waste. Sources vary on whether the groom actually helped the king clean himself after the deed was done (or just handed him a cloth), but there's no doubt about his importance to the head honcho's daily life.

"He doubled up as the king's leading personal servant and head of the king's private domestic staff in the privy chamber. Though it is hard to reconstruct what actually went on there all day, this presumably involved waiting on the king as a kind of chief valet and organizing all the work necessary to make the king's day go smoothly from a domestic point of view," says Steven Gunn, a history professor at Oxford University, by email.

"It also meant for example being in charge of the king's private expenses account, which at times in Henry VIII's reign spent thousands of pounds a year on clothes, jewels, gambling, sports equipment, or small rewards for people the king met."

Sure, there were probably moments where the groom wasn't terribly excited about the biological aspects of his job. But it's worth remembering that during this period of history, people were extremely excited to be connected to royalty in any way possible – just being near the king's court elevated your status in society.

"What we also have to remember is that private service to someone of very high status was itself thought to be a high status job, such that young noblemen, for example, were more than happy to serve the king and his guests food at table (and of course watch how political operators operated, overhear bits of interesting political discussion and generally learn how to be powerful at court)," says Gunn.

Not just anyone could become groom of the stool. To get this prized gig, one needed serious connections.

"They were usually close friends or confidants of the king. They often came from an up-and-coming family that was seeking further preferment," says Ben Lowe, history professor at Florida Atlantic University.

Gunn says that these men would have been appointed by the king, no doubt on the recommendation of other influential courtiers. Once they nabbed the enviable position, they were in on the ground floor of the kingdom's political environment.

"It grew in importance during the time of the Tudors, especially after Henry VII moved much of the administration of his government, including its finances, to the Privy Chamber where the groom resided," says Lowe via email. "This led to a more administrative role for many grooms. Their constant access to the king also made this an enviable position to hold for the high level of influence a groom might wield."

This painting depicts the first meeting of Henry VIII and Anne Boleyn. Likely the groom of the stool was nearby.
Fine Art Images/Heritage Images/Getty Images

Gunn adds that the groom also spent a lot of time with the king when he was trying to relax and avoid political topics. Getting to know the king on a more personal level made for a closer relationship, one that often came loaded with benefits.

"So, the groom was ideally placed to talk to the king about things, and that included asking the king for things for himself or for others. This presumably explains why Henry VII's groom of the stool, Hugh Denys, was paid pensions and given gifts by those who wanted to be in the king's favor and was able to spend such money buying land," says Gunn. "[Also], Henry VIII's first groom of the stool, William Compton, was given land grants, land leases and offices by the king that brought him in maybe £2,000 a year, equal to the income of a leading nobleman or one of the richer bishops."

Over time, the job title of groom of the stool faded out. The last person to officially hold the title may have been Sir Michael Stanhope for Edward VI in 1547. That's in part because the kings gave way to two queens in succession, Mary I and Elizabeth I.

"Because their most intimate servants could not be men, they developed a bedchamber staffed by women which took over the domestic role and some of the influence of the privy chamber," says Gunn.

Furthermore, adds Lowe, personal monarchy gave way to a more bureaucratic and institutionalized royal court. At the same time, monarchy in Britain itself lost power, continuing largely as a ceremonial holdover of an earlier age.

"The power once held by royal attendants like the groom now had moved to high-level staff positions among leaders of parliament or cabinet members, and even here they paled in comparison to their early-modern forbears," he says. "Attendants to royalty simply lost their political power or status as a font of patronage for those seeking favors of the crown."

After the death of Elizabeth I in 1603, the position re-emerged but with the upgraded title of "groom of the stole" which implied the person helped the monarch with dressing duties as opposed to toileting. The last groom of the stole was James Hamilton, a duke who served Edward VII when he was Prince of Wales in the late 1800s. The position was officially abolished in 1901.

NOW THAT'S INTERESTING
As King Henry VIII slowly deteriorated on his deathbed, his groom of the stool, Sir Anthony Denny, became more powerful. He even wielded the king's personal signature stamp, giving him the authority to approve or disprove requests from across the land. Denny also helped draw up Henry's will.

How to Safely Transport Your Christmas Tree Home 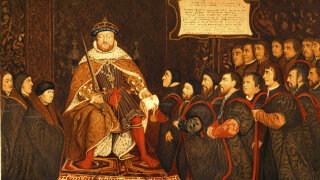 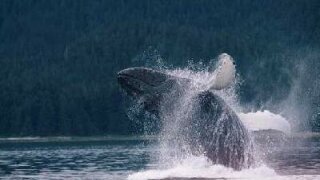 12 Items at a Feast of Henry VIII 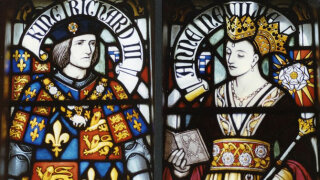