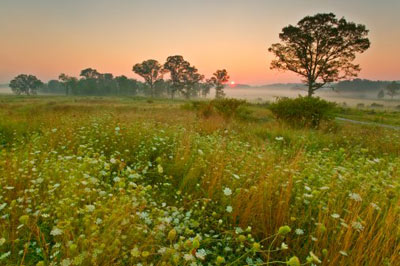 Looking back, the Union's triumph in the Civil War might seem inevitable. Instead of being a quick war with a few decisive battles, as some had expected, the Civil War became an exhausting war of attrition. This meant that the Union would probably have prevailed eventually, just based on numbers: It had more men and more resources. Even the Battle of Gettysburg's outcome can seem predictable -- Gen. Robert E. Lee in enemy country, facing a Union army firmly entrenched on "good ground." Additionally, the Confederates were outmanned and left blind to the enemy's movements because Lee was out of contact with his cavalry.

But at the time, the outcome was anything but certain. The Confederates had dominated the Union on the battlefields of the Eastern theater. Lee seemed nearly invincible, leading outmanned Southern troops against a lengthy list of Union generals, none of whom were able to outsmart or outmaneuver him. Much of the early action took place in Virginia, which was also the home of the majority of the Confederate generals. These Southern men knew the land they were fighting on, and they were of the mindset that they were defending their homes, which made for a powerful combination. The Confederate generals were also some of the best to come out of key military schools like West Point and Virginia Military Institute (the nearly mythical Thomas "Stonewall" Jackson taught at VMI).

In co­ntrast, the Union had plenty of bodies but little enthusiasm for the war. The South was defending their home, but most Northerners were disengaged from the action, unless they were called up for duty. It took the outrage of anti-slavery activists to provoke the war, but for the most part, Northerners cared little one way­ or the other about slavery -- at least, they didn't care enough to want to get killed in a war over it. The long line of generals that President Lincoln commissioned to command the Army of the Potomac ranged from unlucky to inept. It wasn't until after Gettysburg that he found Ulysses S. Grant, the general who would take him to the end of the war.

So what made Gettysburg different? How did the North defeat the seemingly invincible Robert E. Lee, and why did it make all the difference in the Civil War's outcome?

Think you're an expert on Civil War history? Test your knowledge with this Civil War Quiz quiz from the American Heroes Channel.