by Diana Brown Apr 24, 2018
One of Ernest Withers' most famous photographs, "I Am A Man" was taken at the sanitation workers strike in Memphis, Tennessee in 1968. Dr. Ernest C. Withers, Sr. courtesy of the WITHERS FAMILY TRUST

Ernest Withers might not be the best-known name of the civil rights movement, but he was the best-known photographer. As a photojournalist, Withers captured incredible images of key moments in American history. From the iconic image of Emmett Till's mutilated corpse to the now-legendary shot of sanitation workers standing shoulder to shoulder in Memphis, Tennesse carrying signs that read, "I Am a Man," Withers' photos spread awareness about the injustice of black America.

But his legacy got a little more complicated in 2010. The Commercial Appeal newspaper, which covers Memphis, discovered Withers essentially lived a double life, having worked as a paid informant for the FBI for years. Was he a traitor to the civil rights movement he so eloquently photographed or is there more to his story? That's what Stuff They Don't Want You To Know hosts Ben Bowlin, Noel Brown and Matt Frederick discuss with Mark Perrusquia, the Commercial Appeal reporter who originally broke the story, in the podcast, Ernest Withers: Civil Rights Hero, FBI Spy.

Ernest Withers took photography lessons in the U.S. Army while he served during World War II in the Pacific Theater. After the war, he worked as a beat cop on Beale Street in his hometown of Memphis as one of the first black police officers. Thanks to that beat, he was able to photograph some of the soon-to-be-legends in music history, from B.B. King and Aretha Franklin to Ike and Tina Turner.

Withers was prominent in the civil rights movement, too. He was the only photographer to document the entire Emmett Till murder trial, and he captured Dr. Martin Luther King Jr. and Ralph David Abernathy riding the first desegregated bus in Montgomery, Alabama. He also photographed the "Little Rock Nine" at Central High School in Arkansas in 1957 after Brown v. Board of Education outlawed segregation in public schools. Other noteworthy things in history he captured include the Montgomery Bus Boycott, Medgar Evers' funeral, the Black Panther Party and the Lorraine Motel after MLK's assassination.

After Withers passed away in 2007, Commercial Appeal reporter Perrusquia started working on Withers' biography for the paper. That's when a former FBI agent told him that they never bothered to bug King's meetings because they had Withers. But he refused to tell Perrusquia more. So the reporter spent years investigating the story, petitioning the FBI with Freedom of Information Act requests to discover the truth of this informant, until, after a lengthy lawsuit, many of Withers' classified records were released. That's when Perrusquia finally determined that Withers, in fact, worked as an informant for the FBI throughout the 1960s.

Why the FBI was monitoring the movements of civil rights activists isn't totally clear, but history has shown that then-FBI director J. Edgar Hoover believed King was influenced by communists. However, Withers' motivations are not understood; some think he was in it for the money — to support his family of eight children — though it is possible that he had some anti-communist feelings himself, since several of his sons fought in the Vietnam War.

He also had a history of corruption. He lost his job as a police officer for bootlegging whiskey, though Perrusquia points out that at the time, the Memphis police department was rampant with corruption. In 1981, though, Withers was also caught up in a cash-for-clemency scandal with a Tennessee judge, where criminals were basically able to buy their way out of prison. Withers testified against the judge, having cut a deal with the state. But even with the stakes that high, he never revealed his work for the FBI.

Since the news about Withers being an informant broke in 2010, it's been received with mixed feelings. Some civil rights leaders feel that they were betrayed, while others, like Ambassador Andrew Young, who was a lieutenant of MLK, told The New Yorker that he's not surprised because at the time they felt the FBI bugged everything, but they didn't suspect Withers himself.

What does Perrusquia think? And what about Ben, Matt and Noel? To hear their opinions and all of the details about Ernest Withers' fascinating life and legacy, you'll have to listen to the entire podcast.

Food May Soon Be 3-D Printed to Meet Nutritional Needs

Why Restaurants Love Buffets Even More Than You Do 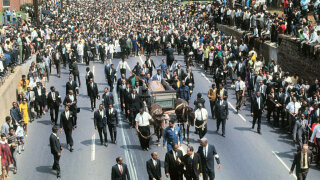 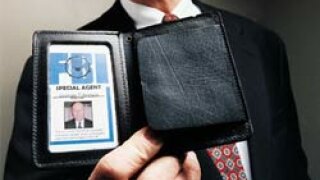 How the FBI Works