The Family Feud That Spawned Adidas and Puma

by Melanie Radzicki McManus Sep 14, 2018
Both Adidas (left) and Puma sneakers are well-known. But did you know both companies were founded by a pair of brothers? Doug Pensinger/D Dipasupil/Getty Images/HowStuffWorks

If only Adi and Rudi Dassler had learned to get along, Germany's Gebrüder Dassler might have bested Nike as the world's top sports footwear company today. Instead, the brothers' bitter feuding resulted in Gebrüder Dassler (Dassler Brothers) being split in half and reborn as Adidas and Puma, which today are the world's second and third top sports shoe businesses. The story behind their decades-long spat was the subject of an episode of Ridiculous History, a HowStuffWorks.com podcast co-hosted by Noel Brown and Ben Bowlin.

Adolf (Adi) Dassler began making shoes in his mother's laundry room shortly after returning home to the Bavarian village of Herzogenaurach after World War I. His business did well, and older brother Rudolph (Rudi) Dassler joined him a few years later to help. Shy Adi was the creative force and brains behind the business, while extroverted Rudi was the salesman.

Gebrüder Dassler soon gained acclaim for rolling out the first track spikes. But the company really took off after the brothers persuaded American Olympic athlete Jesse Owens to wear their shoes in the 1936 Berlin Olympics. He did, and won four gold medals. Yet it wasn't quite the triumph it should have been for the brothers, as things were beginning to sour between the two.

The bad blood started a few years earlier, in 1933, when Adi's 16-year-old wife tried to interfere in the business. Rudi was not pleased. It didn't help that Adi's and Rudi's families lived together in the same townhome and their wives often bickered. But the breaking point came during a World War II air raid. Rudi and his family were tucked into a bomb shelter and, as Adi and his family entered, Adi said, "The dirty bastards are back again." He was purportedly commenting on the Royal Air Force plans roaring overhead, but Rudi was positive Adi was referring to his family. From there, things quickly unraveled.

When Rudi was called up to serve in the Nazi military in 1943, he was sure Adi arranged to have him sent away from the factory. Anxious to get back, Rudi deserted his post in 1945. Later, when arrested for desertion, he again blamed Adi (who, it appears, did snitch on him).

After a few more scuffles, the two split up the company in 1948, moving assets and employees into one of two competing operations located on opposite sides of the Aurach River that flowed through town. Adi renamed his business "Adidas," combining his first and last names. Rudi did the same, dubbing his "Ruda," although he later changed it to the more appealing "Puma."

Soon, most of Herzogenaurach's citizens were employed by either Adidas or Puma, and the siblings' intense rivalry spread throughout the town. If you worked for one company, you did not socialize with employees of the other. Marrying across enemy lines was strictly verboten. You only shopped in the stores on the same side of the river as the factory in which you were employed.

Over time, Adidas far surpassed Puma in sales, thanks to Adi's creativity and technical acumen, although Puma still did quite well. But while the two were hard at work competing against one another, they paid no attention to another shoe company — Nike — that was quietly gaining market share. Today, Nike is king of the sports shoe business, with 2017 sales of $21 billion compared to Adidas' $10.36 billion and Puma's $2.4 billion.

The brothers did speak to one another a few times later in life, but they never reconciled. Both died in the 1970s, and were buried at opposite ends of the local cemetery. Their feud finally ended in 2009, when employees of both companies played together in a friendly soccer match.

NOW THAT'S INTERESTING
The Dassler brothers' epic fight is considered by Time magazine to be one of history's top 10 family feuds, along with such notables as Cain and Abel, the Hatfields and Mccoys, and sister-actors Olivia de Havilland and Joan Fontaine.

How Michelin Became Synonymous With the World's Best Restaurants

Got a Drone? Learn the Laws Before You Take Flight 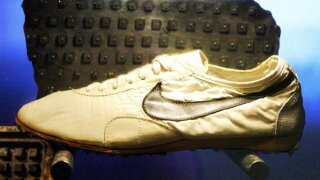 Ridiculous History: Nike's Very First Shoes Were Made With a Waffle Iron 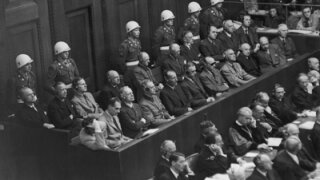 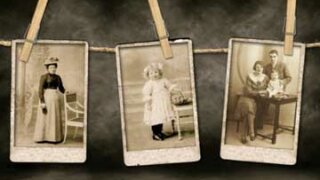 Ultimate Guide to Dealing with Sibling Rivalry and Family Heirlooms