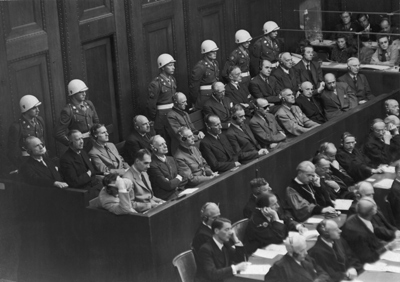 The 21 defendants on trial at Nuremberg await their verdicts. Eighteen were found guilty, 11 of those were hanged. See more pictures of men of war.
Hulton Archive/Getty Images

As ­th­e Allied forces invaded Germany and it became clear that Germany had lost­ the Second World War, the ruler of the Third Reich, Adolf Hitler and his fiancée took their lives in a bunker in Berlin. Other members of the Nazi party and army, however, fled Germany, scattering across the globe. Catching these people and bringing them to trial became a priority after the war.

Most of the top officials were captured and tried. In November 1945, at the famous Nuremberg Trials, 22 men were tried -- one in absentia. In October 19­46, the verdicts were handed down: Three were acquitted, the other 18 present were found guilty. Eleven of those 18 were sentenced to hang; the rest were sentenced to prison.

While the prosecutors at Nuremberg were largely successful, the Allied leaders remained acutely aware that a great many war criminals remained at large. After all, it took many more than 22 men to run the death camps, conduct ghastly experiments and exterminate millions of people.

Argentina was one of the main locales where Nazis who escaped Nuremberg fled. Thanks to lax immigration procedures and an administration led by Juan Perón, believed to have actually aided Nazis' escape to South America, hundreds -- if not thousands -- of war criminals are thought to have settled there. But Perón isn't the only leader to ignore the crimes of fleeing Nazis. As authors Rory Carroll and Uki Goni said in an article in The Guardian, "With the Cold War breaking out, America, Britain and the Soviet Union poached Nazi scientists, so this is a subject without moral high ground, but Perón's welcome extended to men with few talents beyond mass murder," [source: Carroll, Goni]. Indeed, documents declassified in 1999 reveal that the CIA actively engaged in covering up the whereabouts of former Nazi war criminals, opting instead to use them as agents and informants in West Germany following World War II [source: AP].

But despite the Allied complicity in covering for some war criminals, the hunt for fleeing Nazis continued. And it continues to this day. But more than 60 years after the war, are there any Nazis still at large? At least one group believes so. Read about real-life Nazi hunters on the next page. 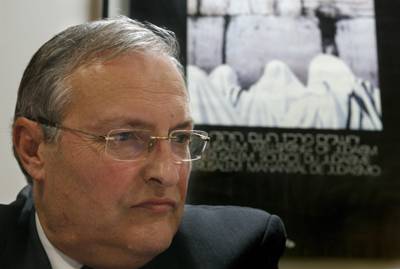 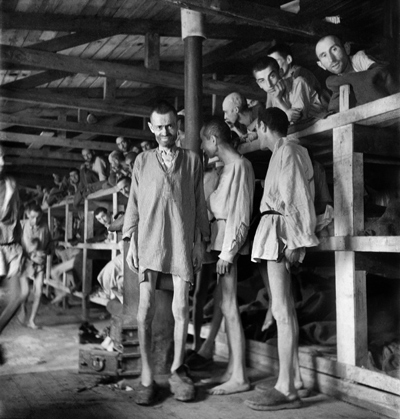