by Michelle Konstantinovsky Apr 30, 2020
Queen Victoria ruled the United Kingdom from 1837 to 1901 and gave her name to an era defined as straitlaced and morally proper. Ross Dunn/Flickr/(CC By-SA 20)/Howstuffworks

She's the monarch associated with Britain's great age of industrial and economic progress, and mountains, lakes, roads and cities all over the world are named for her. But Queen Victoria was a complex character, and neither her path to royalty nor her reign itself were simple or straightforward.

Born May 24, 1819, Victoria became the Queen of the United Kingdom of Great Britain and Ireland at just 18 years old and she went on to rule for 63 years. The British Empire expanded under her rule and she took the title of Empress of India in 1877. And while you may be well aware of her unprecedented rule and her marriage to Prince Albert, you may not know what truly made Victoria tick. Here are 10 facts about the "Grandmother of Europe."

In case it helps combat her straight-laced reputation, Queen Victoria, who was actually named Alexandrina Victoria (for her godfather, czar Alexander I) had an awesome nickname: 'Drina.

2. She Had a Famously Strict Childhood

One fact about Queen Victoria that's often stated is that her childhood was less than idyllic. Her father, Edward, Duke of Kent (the fourth son of George III) died of pneumonia less than a year after her birth. Victoria's mother, aware that her daughter may have to take the throne at a young age, felt a strict code of discipline was the only surefire way to ensure the girl's potential royal success. The Duchess employed what is now known as the "Kensington System," a rigid set of rules intended to keep the girl's morals and intellect in top shape. Among the many restrictions, Victoria had to sleep in her mother's room, follow a specific fitness regimen and eat a strictly controlled diet.

But according to experts, Victoria's no-nonsense upbringing may not have been such an anomaly. "Suffice it to say, there were many forms of experimentation with childrens' education in the 19th century," says Jamie L. Bronstein, professor of history at New Mexico State University." [Nineteenth-century philosopher] John Stuart Mill's father, James Mill, also raised him in a hothouse environment, resulting in his having a nervous breakdown; Bronson Alcott, father of Louisa May Alcott, had his own educational theories that he tried out on children."

3. She Was Small In Stature, But Mighty In Every Way

She may have been the queen of the United Kingdom of Great Britain and the Empress of India, but the iconic monarch was a petite powerhouse at just 4 feet, 11 inches (1.2 meters, 28 centimeters), tall.

4. Her Ascent To the Throne Was Remarkable

It took a lot of unexpected twists and turns for Victoria to land the crown at the age of 18. At birth, Victoria was fifth in line for the throne, making her a somewhat unlikely contender. When her father died in 1820, her three surviving uncles were ahead of her in succession, but none of them went on to have legitimate heirs who survived childhood. When King William IV, brother of and successor to Victoria's grandfather, George III, died in June 1837, Victoria assumed the role of queen at just 18 years old.

5. She Didn't Just Wear the Crown; She Got Stuff Done

"There's a popular perception of Victoria as the 'ideal' constitutional monarch — meaning that she embraced a purely ceremonial role in politics," Arianne Chernock, associate professor in the Department of History at Boston University and the author of "The Right to Rule and the Rights of Women: Queen Victoria and the Women's Movement," says via email. "But in fact, Victoria was quite engaged in political processes, and exerted pressure on issues close to her heart (especially issues relating to imperial governance). This was true both before and after Albert's death in 1861. Even when she was in mourning, she followed affairs of state closely."

6. Her Controversial Political and Social Views Were Nuanced and Mysterious

"There's also a popular perception of Victoria as a ruler who was outspoken in her opposition to women's rights," Chernock says. "While it is true that in private (her correspondence), she complained about the 'mad, wicked folly' of women's rights, she never made these views public during her lifetime. As such, most Victorians didn't know what she thought about women's issues. For this reason, she was something of a blank screen on to which different groups could project their own attitudes and beliefs."

7. She Was the First Known Carrier of Hemophilia, the "Royal Disease"

Although she was the first in her family to carry hemophilia B, a blood clotting disorder, Victoria wasn't actually a hemophiliac. However, because of her long list of descendents spread across Europe, the disorder was apparently passed among royal families throughout the continent, and a 2009 study even linked the hemophilia mutation to Russia's royal family, the Romanovs.

8. She Was a Serious Trendsetter

If you've ever fallen down a Pinterest rabbit hole, drooling over white wedding dresses in the spring and admiring Instagram-worthy Christmas trees in the winter, you have Victoria to thank for both of those time-sucking and age-old trends. According to Vogue magazine, Victoria made it clear she wanted a pristine white dress for her nuptials to Albert, a color scheme that wasn't the norm at the time. It's not that she wanted to appear angelic; she really just wanted to shine a spotlight on the gown's stunning lacework. She also made it clear that she wanted no one else to wear white at the event. As for the Xmas trees, Victoria and her husband popularized the tradition in 1848 when Albert sent decorated trees to schools and army barracks around Windsor.

"Because she was the first monarch in England to reign in the age of the steam-powered mass media, people knew more about the daily life of the monarchy to a much greater degree than they had about previous monarchs," Bronstein says. "As a young queen and the first reigning queen since Queen Anne over a century before, people were interested in her life, her fashion, her identity as a mother and wife, as well as a monarch. And her reign coincided with the greatest extent of the British empire, so she elicited global fascination."

9. Despite What You've Heard, She Wasn't Much of a Prude

Google the word "prude" and one of its top synonyms is — you guessed it — "Victorian." But Bronstein says that language link isn't really fair or accurate. "People seem to associate the Victorian era with prudishness," Bronstein says. "She wasn't a prude and her nine children — much more than an 'heir and a spare' — are testimony to that fact."

10. Her Descendents Eventually Battled One Another

"Because she did have so many children, her children married into royal families all over Europe," Bronstein says. "By the time of WWI, Victoria's grandchildren included both Kaiser Wilhelm II and King William V, the empress of Russia, the queen of Spain, the queen of Norway, the queen of Greece...and probably others that I am forgetting right now. So her grandchildren commanded armies on both sides in WWI."

Now That's a Gender Bender
Victoria may have a reputation for stuffiness and a questionable perspective on feminism, but she can be credited for bucking one big gender tradition: she was the one to propose to Prince Albert. Because of her role as queen, Albert couldn't technically propose to Victoria, so she popped the question on October 15, 1839.

What Are the World's Biggest and Baddest Jigsaw Puzzles?

What's the Difference Between Cake Flour and All-purpose Flour? 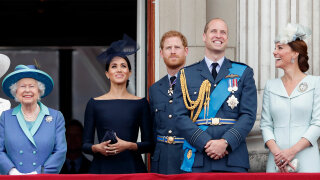 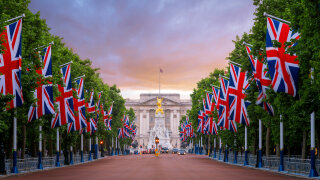 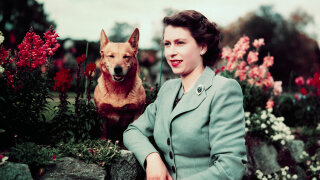 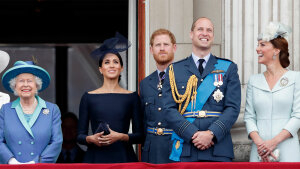 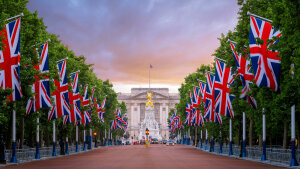