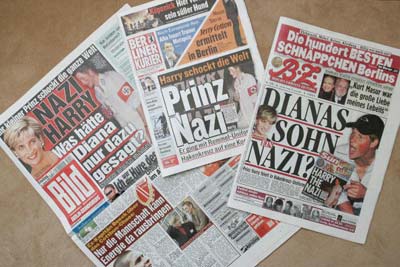 One thing royal families do have more of than the rest of us: genetic defects. People of noble heritage are called blue bloods, and for hundreds of years the ruling families of Europe have married almost exclusively within their pre-existing noble lines in an effort to keep the bloodline "pure." The family trees are incredibly complicated and tangled. Marrying into another royal family didn't help, because not only were the other families equally inbred, but the families had intermarried so much in the past that the same genes were being passed around for generations.