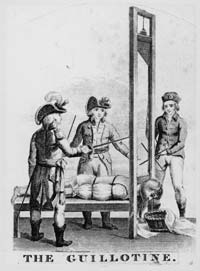 Royal behavior can't be attributed solely to genes, however. Even when they're sane and healthy, royals can make bad decisions. Modern royal scandals seem trivial compared to the scandals of the past. The legendary King Henry VIII banished his wife of 20 years, then had several more beheaded. Catherine the Great of Russia took a long series of lovers throughout her reign -- despite rumors to the contrary, all of them were human. Indeed, the histories of Europe's great royal houses seem at times to be one long string of adulterous affairs.

Modern royalty has its own scandals. Princess Diana and Prince Charles endured rumors of infidelity and saw their storybook marriage crumble in a very public way. A more recent scandal has erupted in Belgium, where Prince Laurent was subpoenaed to testify in a fraud case. It's alleged that the prince and his associates scammed the Belgian navy for over two million euros, partly to finance Laurent’s lavish lifestyle [source: BBC News].­

Some royal stories are simply tragic. Princess Diana's death in a car accident was the biggest royal story of the 20th century. American movie star Grace Kelly became Princess Grace of Monaco in 1956 when she married Prince Rainier. She lived up to her name, exemplifying the ideals of a princess’s life throughout her storybook lifetime. Sadly, in 1982 she was killed when she lost control of her car while driving on a winding highway in Monaco [source: BBC News].

If you'd like to learn more about royalty and related topics, try the links below.