The Aftermath of the Inquisitions 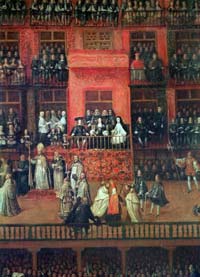 While most people think of a single Inquisition, history isn't quite that simple. Most of the inquisitions had little to do with creating unity. Instead, the goal was to maintain authority and discourage rebellious behavior.

The Protestant Reformation in the 1520s and other Christian reform movements contributed to the idea of a single Inquisition masterminded directly by the Catholic Church. Because Spain was the greatest political power in Europe in the 16th century, Reformers focused on the inquisitions that took place in that country. In some cases, they exaggerated circumstances of the inquisitions to increase anti-Catholic, and therefore anti-Spanish, sentiment.

Artists and philosophers of the 17th and 18th centuries took issue with the inquisitions' suppression of freedom and creativity. Some of the misunderstandings surrounding the inquisitions come from their symbolic or fictional account­s. The auto de fe, for example, was a long ritual comprising Catholic Mass, prayer and a reading of the sentence of the accused. This was carried out in both the Spanish and Portuguese Inquisitions. If the sentence included death, the execution took place separately from the auto de fe. However, paintings such as "St. Dominic Presiding at an Auto-de-fe" by Pedro Berrugete showed all stages of the inquisition as happening at once.

In 1998, Pope John Paul II addressed the International Symposium on the Inquisition. In his address, he stated that "The Inquisition belongs to a tormented phase in the history of the Church, which . . . Christians [should] examine in a spirit of sincerity and open-mindedness." However, the Pope also stated that "before asking for forgiveness, it is necessary to know the facts exactly and to recognize the deficiencies in regard to evangelical exigencies in the cases where it is so."

Six years later, the Symposium released a report of its findings, which were based on studies of documents from the Vatican's Secret Archives. According to the Symposium, most of the torture and executions attributed to the Catholic Church during the various inquisitions didn't occur at all. In addition, the total number of accused heretics put to death during the Spanish Inquisition comprised 0.1 percent of the more than 40,000 who were tried. The number of witches burned at the stake by the inquisitions in Spain, Italy and Portugal was 99, out of more than 125,000 trials [source: Zenit]. In fact, according to the Symposium, in some cases the inquisitions saved lives by keeping accused heretics from secular authorities, who had both the power and desire to execute them.

For lots more information about the Inquisition and related topics, check out the links below.