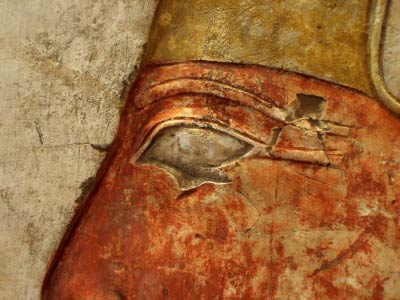 Near the Egyptian Valley of the Kings and Queens, on the western side of the Nile River, are the ruins of Deir el-Medina. The maze of waist-high stone walls and shattered artifacts belonged to a village of workers who toiled in the subterranean tombs of New Kingdom pharaohs and queens, including Tutankhamen. From roughly 1525 to 1075 B.C., the royal government supplied these conscripts with all of their basic needs, such as meat, grains and vegetables, in exchange for the sweat of their brows. As the decades gave way to centuries, Deir el-Medina evolved into a robust community, complete with its own village government and cottage industries.

Then, during the reign of Ramses III (1187 to 1156 B.C.), the residents in Deir el-Medina staged what could be considered the first workers' strike in history. Their government-supplied grain hadn't arrived as scheduled [source: Bard and Shubert]. And to make matters worse, officials had also withheld a shipment of massage oils [source: Strouhal, Strouhal and Forman]. The laborers considered the greasy balm essential for their well-being, and without it, they quit working and demanded government intervention.

Oils and animals fats protected the Egyptians' skin from the harsh heat and sunlight of the Nile River delta and soothed their aching muscles. Employers commonly included them as part of a worker's compensation. Sometimes scented or pressed into thick lotions, primitive moisturizers were just one cosmetic involved in an Egyptian man's health regimen.

For instance, before leaving the house for a day's work or heading to a banquet or celebration, an upper-class Egyptian man might take a few moments to adorn his eyes. Like King Tut's thickly lined eyes that stare out from the young pharaoh's sarcophagus, black kohl liner that extended beyond the eyelids to the temples was in vogue during the New Kingdom. Black had replaced green as the shade of choice. Old Kingdom (2650 to 2134 B.C.) fashion had called for a crude emerald eye shadow made of malachite (copper carbonate). To apply their bold highlights, Egyptians might use a flattened and smoothed piece of wood or bone to sweep the powered mineral from the brow line to the base of the nose [source: Stewart]. 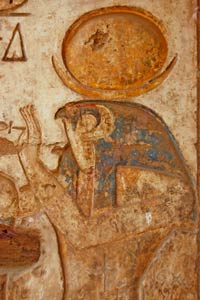