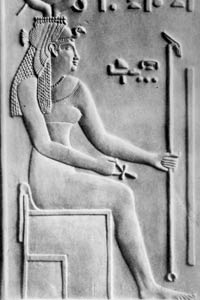 Cleopatra has been portrayed by historians as both cunning and cowardly.
Hulton Archive/Getty Images

In the spring of 2009, Egyptian archaeologists announced that they might be on the verge of solving millenniums-old mysteries about one of history's greatest -- and most tragic -- romances. They're hoping that one of three potential dig sites around Alexandria, Egypt, will reveal the final resting places of Mark Antony and Cleopatra VII [source: BBC].

Immortalized by Shakespeare and idealized in film, the drama and intrigue between the influential Roman consul and the Egyptian queen reads like a perfectly crafted screenplay. More than 2,000 years after they committed suicide, scholars and experts still yearn to know the finest details behind the fascinating plot points. Was Cleopatra a stunning beauty? Why did Mark Antony fall so completely for her? Did she truly die from the stinging bite of an asp?

The Greek historian and biographer Plutarch shed some light on the dynamics behind the steamy liaison in his piece "Life of Mark Antony." He confirms that Cleopatra was attractive, cunning and spoke multiple languages with ease. Before she and Mark Antony became involved, Cleopatra secretly pled to Julius Caesar for assistance reclaiming the Egyptian throne from her brother, Ptolemy. To meet him undetected, a servant transported Cleopatra inside a roll of carpet that she tumbled out of for a memorable entrance. Later, she alleged that her first son, Caesarion, was Caesar's rightful heir, although the Roman leader never confirmed his paternity.

Following Julius Caesar's assassination in 44 B.C., Cleopatra jockeyed once again for a union with Rome. This time, Mark Antony was the broker. After all, she'd survived four siblings for the Egyptian crown and believed an alliance could secure her sovereignty. Despite being married, Antony quickly took up with Cleopatra in Egypt, and the queen bore three children by him. At one point while vacationing in Greece, Antony publicly declared that he and his royal mistress were the embodiment of Dionysus and Aphrodite. Back home in Rome, such blatant infidelity and comingling with a potential enemy angered the ruling class. Antony and Cleopatra didn't mind. By leveraging his authority in Rome and flexing Egypt's muscle, the pair planned to build an empire.

But as Robert Burns wrote, the best-laid plans often go awry. In the end, the fate of Antony and Cleopatra's relationship, as well as that of the Western world, boiled down to a brief naval skirmish off the coast of Greece. The Battle of Actium in 31 B.C. pitted Octavius, Julius Caesar's heir, against the calculating couple in an ill-fated power play for the control of Rome. 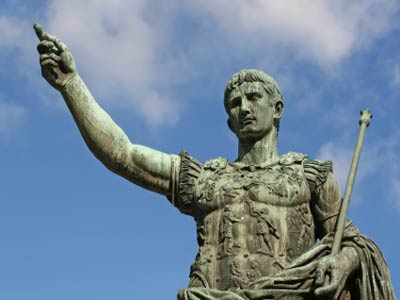 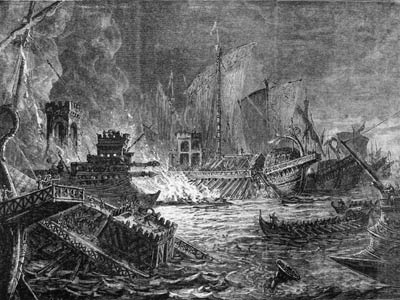 What's the Difference Between England, the U.K. and Great Britain?
Deciphering the History, Symbols and Sounds of Egyptian Hieroglyphics
5 Facts About the Wild West's Deadly 'Doc' Holliday