5 Things Everyone Gets Wrong About Cleopatra

by Dave Roos Dec 10, 2019
This image portrays the death of Cleopatra VII, the last pharaoh of Ptolemaic Egypt. After her reign, Egypt became a province of the Roman Empire. Culture Club/Getty Images

For being one of the most famous women in history, the real Cleopatra (69 to 30 B.C.E.) is shrouded in mystery. She ruled Egypt for 22 years, commanded riches unrivaled in the ancient world, bore children to two of the most powerful men in Rome, and yet the stories of her passed down over the centuries — Cleopatra as the cunning, wanton seductress — were mostly propaganda written by her enemies.

We spoke with Prudence Jones, history professor at Montclair State University and author of "Cleopatra: A Sourcebook" to get the real scoop on Cleopatra VII. Here are five facts that may shatter some myths.

Here's one thing we know for sure — Cleopatra wasn't Egyptian. Cleopatra was the last in a long line of Macedonian Greek kings and queens who ruled Egypt starting with the conquest of Alexander the Great. After Alexander's death, his general Ptolemy I was installed as king of Egypt, which he ruled as a Greek from the Hellenistic capitol of Alexandria.

Although Cleopatra wasn't ethnically Egyptian, she made explicit overtures to Egyptian religion and culture, such as identifying herself with the goddess Isis. Cleopatra was also the first queen in the centuries-long Ptolemaic Dynasty to bother to learn how to speak Egyptian.

2. She Wowed with Brains and Charm, Not Beauty

The Roman enemies of Egypt sought to denigrate Cleopatra by painting her as a harlot queen who bewitched great men like Julius Caesar and Marc Antony with her physical beauty alone. But even the Roman historian Plutarch, writing a century after Cleopatra's death, said there was much more to Cleopatra than her looks, which he described as "not altogether incomparable ... as to strike those who saw her."

"[B]ut [to] converse with her had an irresistible charm, and her presence, combined with the persuasiveness of her discourse and the character which was somehow diffused about her behaviour towards others, had something stimulating about it," wrote Plutarch. "There was sweetness also in the tones of her voice; and her tongue, like an instrument of many strings, she could readily turn to whatever language she pleased, so that in her interviews with Barbarians she very seldom had need of an interpreter."

In addition to speaking Greek and Egyptian, Cleopatra was fluent in at least six other languages. A highly educated woman, she published two known texts, one on the care of the body, and the other on weights and measures for medicine and trade.

Compared to the military-minded Antony, who was "not known for being the sharpest tack in the box," says Jones, "Cleopatra was famous for her intellect."

3. Her 'Love Affair' With Caesar Was a Strategic Alliance

Cleopatra was not the "lascivious fury" described by the Roman poet Lucan ruled only by her promiscuous passions. She had only two romantic partners in her short, 39-year life, and both relationships were political as well as personal, says Jones.

When Cleopatra took the Egyptian throne at 18, she inherited a kingdom in decline. Rome was the ascendant power in the Mediterranean and Egypt's independence was under threat. To make matters worse, her younger brother and co-ruler (and husband – it's complicated) was trying to push her out.

When Julius Caesar came to Egypt in pursuit of his rival Pompey, Cleopatra saw an opportunity to win a powerful Roman ally. According to Plutarch's famous account, a middle-aged Caesar first laid eyes on Cleopatra when she smuggled herself into his quarters and tumbled out of a carpet (or more likely, a basket of laundry).

The young Cleopatra won Caesar's affections, took back the throne, and sealed the alliance with the birth of a son, whom she not-so-subtly named Caesarion ("Little Caesar"). She now had family ties to Rome.

4. Her Affair with Antony? Also Political

Cleopatra's later relationship with Mark Antony (second in command to Caesar) was immortalized by Shakespeare in the play "Antony and Cleopatra" as one of the most legendary and tragic love affairs in history, but it, too, primarily served a political purpose.

Elizabeth Taylor memorably played Cleopatra in a 1963 film of the same name, alongside Richard Burton (later her husband) as Mark Antony.
API/GAMMA/Gamma-Rapho via Getty Images

Egypt may have enjoyed great wealth and resources, but after Caesar's assassination, Cleopatra knew that her kingdom was still at the whim of Rome, the reigning superpower.

"Cleopatra was well aware that in order for Egypt to remain independent at all, it needed a powerful protector," says Jones.

Caesar's death had left a power vacuum in Rome and two prominent men — Caesar's chosen heir Octavian, and Antony, the ambitious politician and general — were fighting a civil war to fill it. Octavian had the financial backing of the Senate, but Antony desperately needed money to pay his troops. Once again, Cleopatra saw an "in."

Writing of the first meeting between Antony and Cleopatra, Plutarch paints a picture of an older, wiser Cleopatra intent on winning her prize:

"[Caesar's] acquaintance was with her when a girl, young and ignorant of the world, but she was to meet Antony in the time of life when women's beauty is most splendid, and their intellects are in full maturity. She made great preparation for her journey, of money, gifts, and ornaments of value, such as so wealthy a kingdom might afford, but she brought with her her surest hopes in her own magic arts and charms."

Cleopatra didn't need magic at all. Jones says that Antony needed money and Cleopatra was the richest woman in the world. In exchange for her financial support, Antony became Egypt's ally and defender against Roman encroachment and gave Cleopatra (whom he eventually married) three more heirs.

The real-life double suicide of Antony and Cleopatra, as recorded by Plutarch, provided a suitably tragic ending to Shakespeare's play. But it probably didn't go down exactly as Shakespeare wrote it.

Antony, falsely believing Cleopatra to be dead after a failed sea battle against Octavian, falls on his own sword and eventually dies in her arms from the wound. Cleopatra, not willing to be paraded in the streets of Rome as a prisoner of war, has a poisonous snake smuggled into her quarters. In the final scene of the play, she hugs the snake to her breast.

"With thy sharp teeth this knot intrinsicate

Of life at once untie: poor venomous fool

Be angry, and dispatch."

In Plutarch's version, the snake (an asp, specifically) is hidden in a basket of large figs.

"It is said that the asp was brought with those figs and leaves and lay hidden beneath them, for thus Cleopatra had given orders, that the reptile might fasten itself upon her body without her being aware of it. But when she took away some of the figs and saw it, she said: 'There it is, you see,' and baring her arm she held it out for the bite."

But even Plutarch admits that there were various accounts of Cleopatra's death and that "the truth of the matter no one knows; for it was also said that she carried about poison in a hollow comb and kept the comb hidden in her hair."

Modern Cleopatra scholars say that poison would have been a much simpler and faster way to go, but that Cleopatra likely included the more dramatic snake story in her suicide note to Caesar.

Now That's Cool
The epic 1963 film "Cleopatra" starring Elizabeth Taylor as the kohl-eyed heroine is still one of the most expensive movies ever made, with a final budget of $44 million (more than $350 million in 2019 dollars). Although some critics panned it, Jones say it "is actually very good."

What Is Planck's Constant, and Why Does the Universe Depend on It? 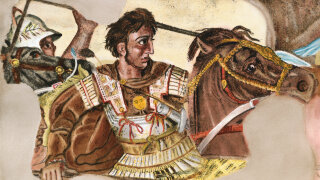 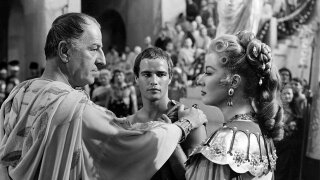 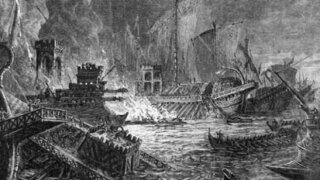 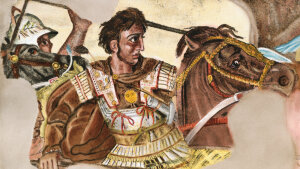 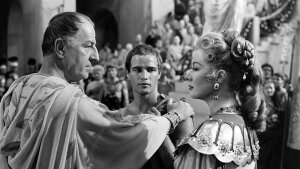