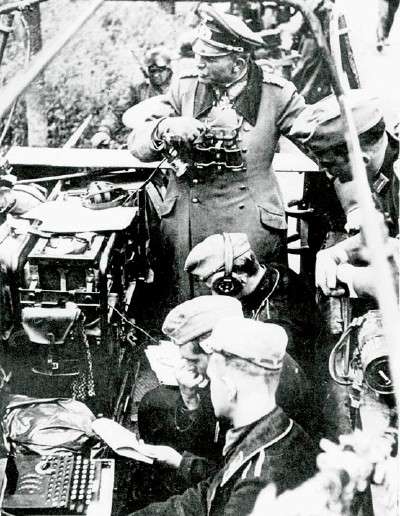 In early September 1941, Berlin faced the biggest air raid to date thanks to 200 British Royal Air Force (RAF) planes. Learn about this and other significant World War II events in the timeline below.

Tokyo spars with Moscow over the inadvertent mining of a Japanese fishing boat off the coast of Vladivostok. The Japanese are enraged when Russia refuses to pay for the boat, insisting it would not have happened had the boat not been unacceptably close to Russia's shore.

September 3: Russian prisoners of war and Jews become the first victims of the poison gas Zyklon B, the newly preferred Nazi execution method, at Auschwitz.

September 5: The Soviet Union evacuates all children under age 12 from the capital of Moscow as Nazi German troops move toward the city.

September 7-8: Some 200 RAF planes mount the biggest air raid to date on Germany's capital of Berlin. The British will bomb the city for four solid hours overnight.

September 8: The Nazi German army places Leningrad in a state of siege. A desperate Joseph Stalin will ask Winston Churchill for immediate military aid. The siege will last for 900 days.

Concerned that Russia may be harboring a homegrown population of Nazi sympathizers, Joseph Stalin exiles 600,000 Volga-area ethnic Germans to Siberia.

September 9: Iran surrenders to the Allies, agreeing, among other things, to deport Axis spies posing as diplomatic and tourist staff. Iran will order the "diplomats" and others out on the 13th.

Read on for details and images that outline some of the key World War II events that occurred during 1941.

Enigma machines used in Nazi German headquarters: Regarded by the Nazi Germans as being entirely secure, the Enigma encoding and decoding machines were used in the major headquarters of all three services of the Wehrmacht, as well as by the SS, the Abwehr, and the Reichsbahn (the German state railways).

Robust, portable, and relatively simple to operate even on the battlefield, these machines were also found in many operational headquarters and forward-command centers -- including in the command vehicles of the panzer groups. In the photo above, General Heinz Guderian, in his armored command vehicle, stands beside an early three-rotor Enigma machine.

Soviet partisans make main impact through raids and sabotage: Soviet partisan groups were initially offshoots of the many Red Army units cut off by the Nazi German advance in 1941. However, being untrained in guerrilla warfare, they were very vulnerable. Moreover, their relentless suppression -- often led by special SS counter-partisan units -- was invariably brutal, usually culminating in collective reprisals and summary executions. However, such excesses actually boosted partisan recruitment.

Beginning in 1942, the Soviet high command exerted better-coordinated political and military control over the partisans, whose operational significance increased from 1943. Although totaling as many as 700,000 and causing some 35,000 Axis casualties, their main impact was in the rear areas, where they disrupted communications, carried out raids and sabotage, gathered intelligence, and told the local population that the Soviet regime was coming back.

Georgi Konstantinovich Zhukov leads Soviet offensives: In 1941 Joseph Stalin appointed Georgi Konstantinovich Zhukov chief of the general staff. In September, Zhukov assumed command of the Leningrad Front -- just as the Nazi German advance halted. Then, as commander of the Western Front defending Moscow, he won a less ambiguous victory against Army Group Center, forcing a Nazi German withdrawal. He continued his offensive through the winter.

Later, as deputy supreme commander to Stalin, Zhukov helped to oversee the Soviet battle for Stalingrad (1942-1943), seized the strategic initiative at Kursk (1943), and directed part of the 1944-1945 offensives into Poland and Germany -- including the hard-fought capture of Berlin.

Although the German offensive in the South initially made some progress, it was driven back at the end of November. In December, due to a disagreement with Hitler about the retreat in the South, Rundstedt was relieved of command.

See the next section for a timeline and the major headlines of mid-September 1941.

In June 1941, shortly after the Nazi Germans launched their invasion of Russia, a state defense committee -- the Gosudarstvennyi Gosudarstvennyi Komitet Oborony (GKO) -- of Politburo members was created as the headquarters of the supreme command. Joseph Stalin appointed himself commissar of defense and supreme commander of the Soviet armed forces. Simultaneously, the Stavka (the Stavka Glavnovo Komandovaniya, later the Stavka Verhovnovo Komandovaniya) was established as a general headquarters subordinate to the GKO and to Stalin himself.

The Stavka developed as the war progressed, but generally it included 12 to 20 senior officers. They represented all arms and services, including the chief of the general staff and the heads of the Soviet air force and maritime forces. Its political direction was assured because all GKO members had the right to sit as members of the Stavka. Its principal roles were to advise Stalin and to develop strategic plans, fusing Stalin's wishes with Soviet military activities in the field. It directed the high-level policy for manpower allocation as well as for combat, logistic, maritime, air, and administrative support.

Where necessary, the Stavka also directed retribution against those commanders whose performance fell short of Stalin's expectations. Despite an often obsessive centralization and the frequent divergence of its strategic functions and its political imperatives, the Stavka was nevertheless an indispensable contributor to the Soviet Union's final victory in 1945.