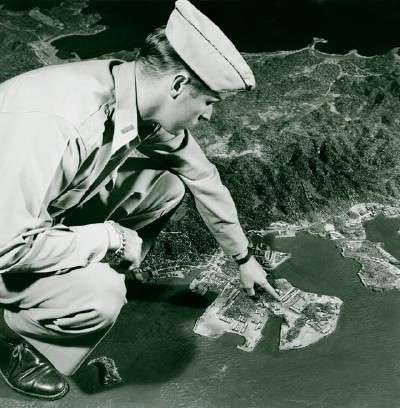 Allied forces solidified their hold in Europe and continued to make gains in Asia as summer began in 1945. The World War II timeline below summarizes important events in early June 1945.

June 1: As many as 700 of 40,000 Cossack troops who fought alongside the Nazis die when they resist British efforts to forcibly repatriate them to the Soviet Union.

Some 27 American P-51 Mustang fighters are lost to foul weather en route to an assault on Osaka, Japan.

June 5: Brazil, which had long been at war with Germany, declares war on Japan.

June 7: Norway's King Haakon returns to the throne of his liberated nation.

All German civilians living in the Western Allies' occupation zones are made to watch films of the concentration camps at Buchenwald and Bergen-Belsen.

June 9: The RAF Vampire jet, boasting a maximum speed of more than 500 mph, is unveiled in Britain.

June 11: Czech police and civilians continue the process of driving ethnic Germans from the Czech Sudetenland into occupied Germany.

June 14: U.S. military leadership in the Pacific Theater receives orders from the Joint Chiefs of Staff to prepare for the invasion and occupation of Japan.

Below are more highlights of the events of World War II in 1945, as the war slowly drew closer to its end.

Soviet Union casualties include millions of soldiers and civilians: Russian soldiers who returned from the Great Patriotic War were the lucky ones. Of the 30 million Soviets who fought in World War II, more than eight million died. Of the survivors, many returned to find that their families were among the 11.5 million civilians who perished in the conflict. According to Soviet Union records, military dead from 1941 to 1945 totaled 8,668,400, including 500,000 missing in action. Another 1,283,300 were taken prisoner. Nearly 14 percent of the total population died, as compared to U.S. losses of 0.32 percent.

Irma Grese and Josef Kramer are the "Beast" and "Bitch" of Belsen: Irma Grese and Josef Kramer were two of many German concentration camp commanders and guards who faced postwar prosecution as war criminals. Kramer, commandant of the Bergen-Belsen camp, was called the "Beast of Belsen" by the inmates. He placed few controls over the activities of his guards, including Irma Grese, the most notorious of the female guards at all the camps. Grese had been transferred to Auschwitz at age 19. She was then sent in March 1945 to Bergen-Belsen, where she was known as "Bitch of Belsen" for torturing and murdering inmates. Kramer and Grese were tried with more than 40 other guards from the camp. Both were found guilty and were hanged for their war crimes on December 13, 1945.

Operation Olympic, the planned invasion of Kyushu, Japan: An American pilot points out a target on a scale model of the Yokosuka naval base. Operation Olympic, the planned invasion of Kyushu on November 1, 1945, called for massive air attacks on the Japanese home islands. Hundreds of Navy fighters, dive-bombers, and torpedo planes were assigned to hit targets all over the island of Honshu in support of the operation. As Allied landing craft neared the beaches of Kyushu on November 1, waves of planes from no less than 66 aircraft carriers would bomb, rocket, and strafe enemy fortifications and troop concentrations along the beaches.

See the next page for a detailed timeline of World War II events in June and July 1945, including unrelenting attacks on the Japanese home islands.

Planning for , the invasion of Japan, began in earnest in early 1945 when strategists decided that a naval blockade alone probably would not bring about a timely Japanese surrender. Downfall called for two huge amphibious assaults, each dwarfing the Normandy landings of 1944. The first, code-named Olympic, would take place on November 1, 1945, when 14 divisions would land on three beaches on Kyushu, the southernmost of the Japanese home islands. Seizure of southern Kyushu was expected to take 90 days and would involve more than 427,000 Allied troops.

If the Japanese government failed to capitulate, phase two of Downfall, code-named Coronet, would take place on March 1, 1946. Coronet planners contemplated an assault over the Kanto Plain before Tokyo with as many as 23 divisions. Unlike Olympic, which drew on organizations already in the Pacific, Coronet would include a number of divisions redeployed from the European Theater.

Almost exclusively, would be an American undertaking. Initially, planners counted on Russian forces to tie down potential Japanese reinforcements in Manchuria. Some British Commonwealth and French forces would be involved in Downfall, but their numbers would be small.

Planners, of course, worried about potential U.S. casualties. The Japanese had identified Kyushu as a likely invasion point and were pouring troops into the area. After the war, U.S. officials said American losses in Downfall might have totaled between 500,000 and one million men. Others felt such numbers were exaggerated.

General Douglas MacArthur, who would have commanded the ground assault, estimated casualties for Olympic at about 56,000 dead, wounded, and missing over a period of 60 days. With Japan functioning with depleted resources, Coronet might have seen even fewer U.S. losses.

The atomic bombs ensured that those figures would remain historical speculation. Still, it was a near thing. Two American divisions from Europe, the 86th and 97th, were already arriving in the Pacific when the war ended, and Olympic was only three months away.