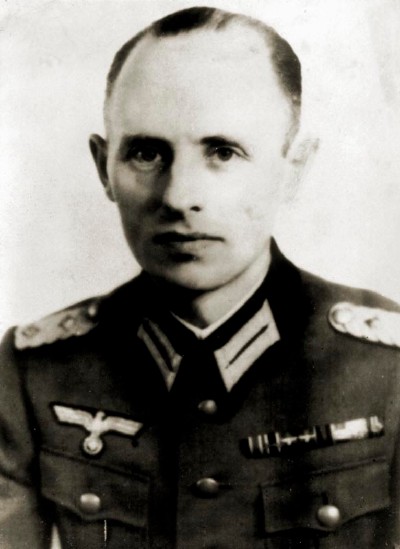 Allied forces liberated the Philippines in July 1945. The World War II timeline below summarizes this and other important events in July of 1945.

July 5: General MacArthur announces that forces under his command have succeeded in liberating the Philippines from Japanese rule.

July 8: In what will prove to be the worst massacre at a POW camp in American history, guard Clarence Bertucci strafes a Utah tent city full of sleeping German prisoners with machine gun fire, killing eight.

July 15: After more than 2,000 nights of mandatory blackouts, Britain turns on the lights.

July 16: Truman, Churchill, and Stalin meet near Berlin at the Potsdam Conference, at which they will issue a new public demand for Japan's surrender.

As Truman begins the summit at Potsdam, he receives word of the first successful detonation of an atomic bomb, at New Mexico's Alamogordo testing grounds.

July 19: In the largest B-29 bomb raid to date, 600 of the heavy bombers drop 4,000 tons of munitions on Japanese cities, including Choshi, Fukui, Hitachi, and Okazaki.

The headlines and images below outline more details of World War II, such as prostitution in Berlin and Alfred Krupp's industrial empire.

UNRRA administers displaced-persons camps: The war was far from over in 1943. However, the leaders of 44 nations began to plan for rehabilitating the nations freed from Axis control and caring for the millions of displaced persons. On November 9, 1943, the United Nations Relief and Rehabilitation Administration (UNRRA) was formed to provide much-needed relief. After the war, the UNRRA administered hundreds of displaced-persons camps, primarily in Italy, Austria, and Germany. Here in July 1945, UNRRA volunteers give bread to survivors of a German concentration camp.

Germans lack food and shelter: When not playing, children searched for food to escape hunger. "There were G.I. mess halls," remembered American private George Stone, "where at the garbage pails where you scraped off your mess kit or plate, there were small children 3-4-5 years old with a little can or pail begging for the scrapings to take home to feed the family." The situation did not improve by that winter. "Thousands of shivering, tired Germans lugged their bundles of wood to cold, bombed houses," reported Time magazine in December 1945. "Hospitals were crowded. Because the patients were undernourished, many died."

Ex-Wehrmacht officer Reinhard Gehlen heads intelligence group: Soon after the war in Europe ended, Major General Reinhard Gehlen, an intelligence officer in the German army, surrendered to the U.S. Army Counter Intelligence Corps. He negotiated his release and that of his colleagues from American POW camps in exchange for volumes of intelligence that his department, Foreign Forces -- East, had collected on the activities of the Soviet Union (but which proved mostly erroneous). Within a year, Gehlen became the head of a West German intelligence group that eventually would grow to more than 4,000 agents. He remained the leader of this group until he retired in 1968.

The secret city of Oak Ridge, Tennessee: A billboard at the top-secret Oak Ridge facility reminds workers of the need for silence. Located in a remote mountain area of central Tennessee, Oak Ridge was created in 1942 for work on the Manhattan Project. As headquarters for the entire atomic bomb project, Oak Ridge housed a graphite reactor and facilities for producing the fissionable uranium isotope 235. All the while, the government tried to keep the city secret. Though it grew to a population of 75,000, the city never appeared on any maps. Security was enhanced by geography, fences, armed guards, and a strict system of badges and passes.

The Alfried Krupp empire: In 1957 Time magazine stated that German manufacturer Alfried Krupp was "the wealthiest man in Europe -- and perhaps in the world." Krupp rebuilt his industrial empire in less than six years after his release from prison, to which he had been sentenced in 1945 to 12 years as a war criminal. In his trial, it had been determined that his factories used slave laborers from concentration camps. Thousands of these laborers died due to poor rations, over-work, and deliberate killing. Krupp was released from prison early, and his property was returned, when Allied leaders decided that the steel produced by his factories was important for the stability of West Germany and the free world.

Prostitution in Berlin: To prevent black market activity, looting, and prostitution, Allied commanders made a futile attempt to prohibit soldiers from fraternizing with civilians in occupied Germany. It soon became apparent that violations of this order were unenforceable. Within six months of the fall of Berlin, more than 500,000 women turned to prostitution, many to provide for themselves and their families. One German official observed that even "nice girls of good families, good education and fine background have discovered their bodies afford the only real living." Incidents of venereal disease in Berlin more than doubled in the last six months of 1945.

See the next page for a detailed timeline of World War II events in July 1945, when the first atomic bomb explosion rocked the New Mexico desert.