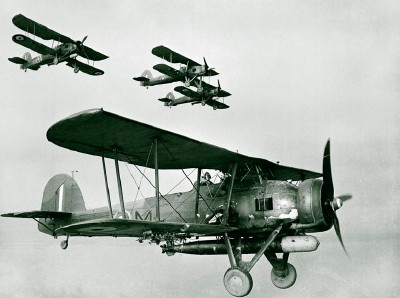 December 8: Desperately out-matched, Italy pleads with Nazi Germany for assistance with its campaign against Greece.

December 10: Adolf Hitler is forced to cancel a planned invasion of Gibraltar when Spain's General Francisco Franco refuses to assist.

December 11: Britain recaptures the Egyptian city of Sidi Barrani from Italy following a surprise offensive of 30,000 British soldiers against a larger Italian contingent.

December 18: Adolf Hitler approves the outline for plans for a massive German invasion of the Soviet Union.

December 20: The small Dutch navy escapes in its entirety across the English Channel to safety in Britain.

December 23: Jacques Bonsergent becomes the first French citizen executed by the Nazis in Paris, following an altercation with a German officer.

December 25: With Italian bombers threatening, the town of Bethlehem is blacked out on Christmas for the first time in memory.

December 27: The Luftwaffe begins its firebombing of London. Over the next several days, some 20,000 British firemen will struggle to extinguish the flames.

December 28: Resource-pinched Japan begins an alternate-fuel program by which private automobiles will be powered by charcoal.

More images and headlines from World War II events and the 1940 battles between the Allied powers and Nazi Germany are below.

British Fairey Swordfish torpedo bombers antiquated but deadly: The Fairey Swordfish torpedo bomber entered service with the British Royal Fleet's Air Arm in 1936. Although limited by a slow speed of 138 mph and armed with just two machine guns, the carrier-launched biplane had much to offer. It was highly maneuverable, had a range of more than 500 miles, and could carry either a 1,620-pound torpedo or the equivalent weight of bombs, mines, or depth charges. It flew with a two- or three-man crew. On November 11, 1940, 21 of these aircraft neutralized the Italian fleet at Taranto, Italy, knocking three battleships out of commission and inflicting serious destruction in general. Later, on May 26-27, 1941, the Swordfish also played a crucial part in the sinking of the German battleship Bismarck.

Battle of the Atlantic

From the war's first hours (when the German sub U-30 sank the liner Athenia) to its final days, Germany tried to cut Britain's vital seaborne supplies. Much of Britain's food and munitions and most of its fuel had to pass across the Atlantic, running the risk of attack by the Kriegsmarine's U-boat (submarine) fleet. As in World War I, when analysis showed that ships sailing in convoy had much better chances of reaching safety, the Admiralty introduced a complex convoy system.

The "battle" to get materials and troops from Britain's empire and dominions, as well as products of America's industrial might, to Britain was really a continuous series of related campaigns, beginning in earnest in mid-1940 when Germany's European victories gave it strategically important Atlantic bases. While surface warships and armed merchant cruisers played a part in the war at sea, by 1942 the battle was between U-boats and escorting warships and aircraft. In the winter of 1940-41, the U-boats enjoyed their first so-called "happy time."

British, Canadian, and (beginning in September 1941) United States escorts, at first pitifully few, faced aggressive and persistent U-boat activity. America's entry into the war increased the number and spread of targets, leading to a second "happy time." U-boats torpedoed ships off the American East Coast before the U.S. finally introduced a convoy system and ordered a coastal blackout.

Churchill confessed his fear that the U-boats might win. Only in the fall of 1943 did Allied shipbuilding exceed monthly losses. However, though they sank hundreds of ships, the submarines were too few in number to achieve real victory. Those hundreds of lost ships represented only a fraction of the Allied shipping available. But for tanker crews in midocean, the threat of a torpedo strike made the a terrifying ordeal.

Technological developments gave each side crucial and sometimes short-lived advantages, making scientists and technicians as vital as submarine and escort crews. German grand admiral Karl Dönitz directed the U-boats via high-frequency radio, transmitting orders using the Enigma code. Gradually, Allied "boffins" (scientific geniuses) gave the escorts a crucial technological edge in the battle against the U-boats. Asdic (a sonar system for submarines), High-frequency Direction Finding, airborne radar, and, above all, the breaking of the Enigma code gradually gave the Allies a decisive edge.

The , the war's most unremitting and crucial battle, formed the basis of the Allied victory in the European war. Control of the Atlantic enabled the Allies to hold Britain as a base for the liberation of Europe. Both sides paid a high price. Fifty thousand Allied merchant sailors died in battle, nearly matching the number of British aircrew who died bombing Germany. Successful U-boat commanders were exalted as "aces," though eventually they were likely to die. Eighty percent of Germany's 1,000 operational submarines were sunk, and two-thirds of their crews perished.