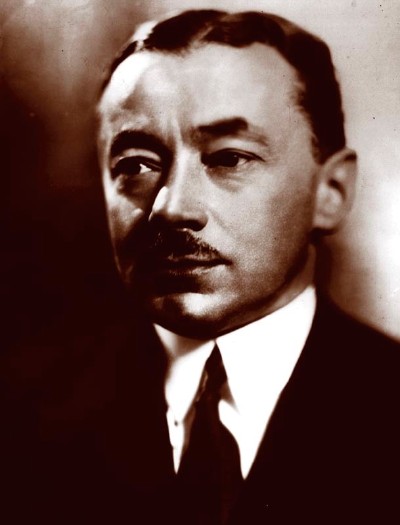 In July 1940 Romania announced its alliance with Nazi Germany and Adolf Hitler ordered the destruction of the British Royal Air Force (RAF). These and other major World War II events are discussed in the World War II timeline below.

July 5: Sweden allows the Nazis transit rights as Germany tries to get supplies and troops to and from Norway.

Romania announces its alliance with Germany and Italy, one day after Romania's King Carol oversees the installation of a pro-Axis government.

Vichy, France, attacks British Gibraltar with planes from its bases in French Morocco.

President Franklin Roosevelt launches a limited embargo against Japan, banning the shipment of materials that could be used to feed the Japanese war machine.

July 10: Berlin's Jewish Affairs Office proposes an emigration plan that would move as many as four million European Jews to Madagascar.

President Franklin Roo­sevelt details his plans for an army of up to two million men, and asks Congress for the funds to make this plan a reality.

July 13: Hitler orders the annihilation of the RAF, which he sees as a necessary first step to any invasion of the British mainland.

July 16: More than 20,000 French citizens are driven from Alsace-Lorraine when the Nazis annex the region.

Naturalized Jews are stripped of their French citizenship by France's Vichy government.

July 18: Britain acquiesces to Japan's demand that the Burma Road be closed to shipments of war material for three months, cutting off China's link to outside aid.

Below are more images and highlights detailing the events of WWII in 1940 and Nazi Germany's relations with France.

French politician Paul Reynaud stands up to Nazis: Prior to the war, French lawyer and politician Paul Reynaud protested French and British appeasement, calling on France to remain united against the Nazis. Made premier in March 1940, Reynaud appointed Charles de Gaulle undersecretary of war. That June, Time magazine ran a cover story on Reynaud, quoting him: "Nothing has lowered our will to struggle for our land and liberty... France cannot die." That same month, Reynaud refused to surrender to the Nazis, and resigned. He was arrested by the Vichy government and imprisoned for the duration of the war.

Vichy's Philippe Pétain weak in face of Nazis: Marshal Philippe Pétain became a French national hero in World War I, primarily because of his defense of Verdun. Between the wars, his posts included inspector general of the army, war minister, and ambassador to Spain. In May 1940, French Premier Paul Reynaud invited Pétain to become vice premier. After Paris fell, Pétain became head of state on June 16. French hopes for a repeat of Verdun proved misplaced. Now 84, Pétain cut a pathetic figure, apparently unable to raise enthusiasm for anything but minimizing French bloodshed. On June 22, 1940, he concluded an armistice with Germany.

British attack French ships in Algerian port: The French battleship Bretagne burns in an Algerian port after being hit by British fire on July 3, 1940. Following the defeat of France, Britain moved to prevent French warships from falling into Nazi hands. A British ultimatum to the French commander in Algeria (where the substantial French fleet was of particular concern) demanded that the French ships either join with the British, sail under control to a British port, sail to a French port in the West Indies and be demilitarized, or be entrusted to the U.S. When no response came in six hours, Winston Churchill gave the order to attack. In the ensuing Battle of Oran, the British damaged and destroyed several French warships, killing more than 1,200 French sailors.

In August 1940 Adolf Hitler began preparing for Operation Sealion, the invasion of Britain Keep reading for a World War II timeline discussing this and other important World War II events of August 1940.

Support for the Chinese war effort began even before the bombing of Pearl Harbor. President Franklin Roosevelt approved $25 million in military aid in late 1940, followed by another $145 million in Lend-Lease funds in May 1941. Approval was also granted for an American volunteer group of U.S. civilian pilots -- the so-called "Flying Tigers" -- to fight alongside the Chinese.

After Pearl Harbor, Roosevelt appointed Lieutenant General Joseph Stilwell to command U.S. forces in the China-Burma-Indian theater and work with Nationalist leader Chiang Kai-shek to train and equip Chinese troop formations. Due to political and material complications, results were mixed.

Delivery of materiel also posed problems. Japanese forces controlled the coast, and in May 1942 they cut the tenuous Burma Road supply line. This forced supplies to travel by air over the Himalayas, known to U.S. flyers as "The Hump," which reduced the flow to Chinese units. Finally, Chinese needs ranked well down on the American priority list, after Europe and the Pacific.

But by mid-1944, Allied subs and air attacks destroyed Japan's ability to move troops by sea. At war's end, more than 600,000 Japanese -- men who had been prevented from facing U.S. forces in the Pacific -- surrendered in China.