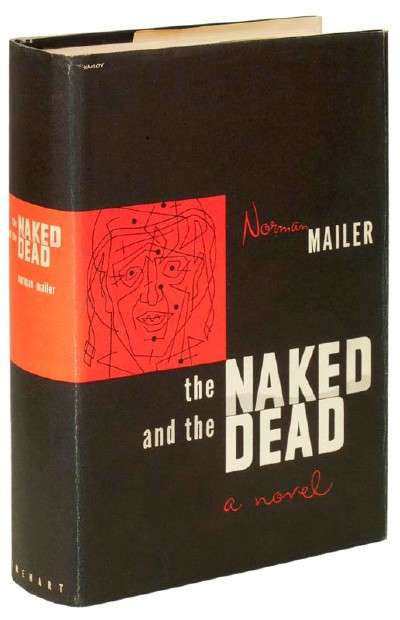 Efforts to rebuild Japan after the devastation of World War II continued in the early 1950s. See the timeline below for details on postwar headlines in 1950 and 1951.

August 1950: Operation Magic Carpet ends. It succeeds in airlifting 45,000 of the 46,000 Jews in Yemen to Israel, to escape religious persecution.

September 1950: The McCarran Internal Security Act, which calls for the registration of all Communist organizations, is passed by Congress over Truman's veto.

September 19, 1950: Communist Party members employed by the West German government are fired from their jobs.

April 11, 1951: General Douglas MacArthur is relieved of his Korean command by President Truman. MacArthur's unauthorized threat to bring the war to China was in direct opposition to Truman's wishes.

May 1, 1951: The U.S. government-sponsored Radio Free Europe broadcasts for the first time, from Munich to Eastern Europe.

May 18, 1951: The United Nations moves to its new headquarters in New York City, on Manhattan's East Side.

Postwar news for the 1950 and 1951 included the Communist takeover of China, the publication of acclaimed war novels, and the execution of two Americans for espionage. Read these headlines for more details.

Notable WWII novelists include James Jones and Norman Mailer: Two of the greatest American novelists of World War II are James Jones and Norman Mailer, both of whom loosely based their stories on their own experiences. Jones completed a trilogy of highly acclaimed war novels: From Here to Eternity, The Thin Red Line, and Whistle. Mailer's first novel, The Naked and the Dead (1948), brought him international fame. It describes the tensions within an American infantry platoon as the soldiers face the terrors of battle on a South Pacific island.

Chairman Mao Zedong, Communists take control in China: Chairman Mao Zedong proclaims the founding of the People's Republic of China in Beijing on October 1, 1949. Support from the West was not enough to prop up Chiang Kai-shek's Kuomintang regime in the face of eight years of Japanese aggression, an economy ravaged by inflation, a devastated infrastructure, and a Communist movement that had gained new strength during the war. Two generations of civil war ended with a Kuomintang withdrawal to Taiwan, leaving the Communists in control of the mainland.

Julius and Ethel Rosenberg executed for espionage: The Jewish parents of two young boys were executed in New York City's Sing Sing Prison on June 19, 1953. They were Julius and Ethel Rosenberg, and their crime was conspiracy to commit espionage. Julius, a leader in the Young Communist League in the 1930s, was first recruited by Russian agents in 1943. He recruited a number of other Americans, including Ethel's brother, David Greenglass. Julius and Greenglass provided the Russians with top-secret information, including details about the Manhattan Project. Greenglass, who was arrested in 1950, implicated Julius and Ethel, and the couple's conviction was based largely on his testimony. Years later, Greenglass confessed that he had lied about his sister's involvement to save the lives of his wife and himself.

The Korean War begins: Exhausted U.S. Marines retreated after a surprise attack by Red Chinese hordes on the Korean Peninsula in December 1950. Separation of the peninsula into Allied and Soviet zones in 1945 -- a division opposed by Korean leaders -- resulted in the creation of a Communist North and a nominally democratic South, each of which claimed national sovereignty. On June 25, 1950, thousands of North Korean troops poured across the 38th parallel intent on reuniting Korea by force. United Nations forces came to South Korea's defense, but the fighting dragged on into 1953 after Communist China entered on the North's side. An armistice finally reestablished the status quo, leaving the two hostile states still divided along the 38th parallel.

Even after World War II had ended, significant changes continued in its aftermath. These timelines and headlines from the era describe crucial postwar events from late 1945 through late 1951 that shaped history .

Under the economic program of land reform, land was sold cheaply to tenants, who represented nearly half of all farmers. This program fostered economic growth. SCAP tried to break up the large corporations, but fewer than 30 of the originally targeted 1,200 were dissolved. However, antimonopoly and fair trading laws promoted industrial change. Some labor reform was enacted, such as independent labor unions, but in 1947-48 the Cold War brought a clampdown on burgeoning left-wing radicalism.

Social legislation benefited women, as the civil code announced equality between the sexes and equal inheritance rights. Coeducation became the norm, and education was democratized and generally improved at all levels. The reforms' fate was uncertain because it depended on the Japanese to implement the new policies. However, the population's genuine surprise at the benevolence of the occupiers and its desire for more freedom facilitated changes in Japanese lifestyles and mentality.

SCAP's efforts are a matter of historical controversy. Historians first depicted them as heroic and successful, but then "revisionists" attacked them as conservatism triumphing over reform. Recent accounts are more balanced.

The occupation formally ended on April 28, 1952, after Japan signed the Treaty of Peace with its wartime antagonists (except for the Soviet Union) on September 8, 1951. Firmly aligned with the West, Japan began a long, sustained period of economic growth.