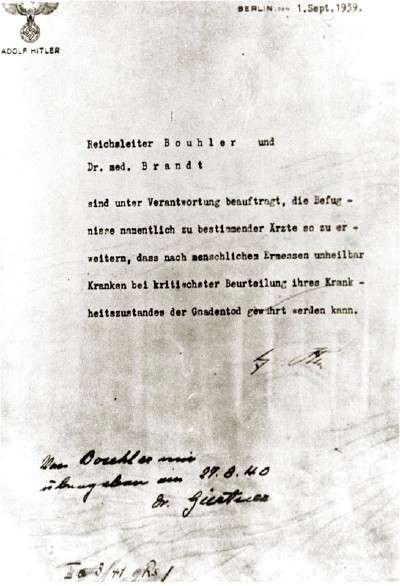 January 1940 found German U-boat activity increasing in the Atlantic and Winston Churchill rising in prominence in the British war effort. Below is a World War II timeline tracing these and other important World War II events from January 1940.

January 10: A German officer crashes his plane in Belgium, and proceeds to intentionally ignite a set of war plans in full view of Allied soldiers.The salvaged, partially charred papers reveal Adolf Hitler's plan for a January 14 invasion of Holland and Belgium.

January 13: As Nazi Germany and Adolf Hitler continue their aggressive posturing against the lowland nations, Holland and Belgium begin the process of moving their respective armies to a war footing.

January 15: France and Britain are rebuffed in their efforts to gain permission to cross Belgian territory in their defense against German aggression.

January 16: Reports of Nazi crimes committed against the civilian population of occupied Poland reach France, where the Polish government-in-exile is established.

January 20: In a speech admonishing neutral nations to support the Allied cause, Winston Churchill, Britain's first lord of the admiralty, claims, "Each one hopes that if he feeds the crocodile enough, the crocodile will eat him last." Churchill also denounces the Soviet Union's invasion of Finland.

January 21: Torpedoed by a German U-boat, the British destroyer Exmouth goes down with its 175-man crew.

January 22: The British government imposes a level of censorship on the media. It requires Ministry of Information approval of newsreels before release.

January 23: Allies France and Britain announce that they will no longer recognize the neutrality of the waters off the Americas, and that German ships operating in the area are subject to attack.

Below are more World War II images and headlines about Nazi Germany's military aggression in Europe and Allied response in January 1940.

Nazis "euthanize" the handicapped: In October 1939, Hitler signed this letter (backdated to September 1) authorizing Reichsleiter Philipp Bouhler and Dr. Karl Brandt to begin "euthanizing" physically and mentally handicapped people. Under the program Aktion T4, doctors could identify individuals as unsound and incurable, then put them to death. Neither patient nor family consent was required. Based on Nazi concepts of "racial hygiene" and supported by a desire to limit the costs of patient care, T4 systematically destroyed as many as 100,000 human beings. It was another demonstration of Nazi policies designed to eliminate those they considered unworthy of life.

U.S. ends arms embargo: President Franklin Roosevelt addresses the American people via radio in the fall of 1939. Beginning in 1935, a series of American neutrality acts and extensions banned arms shipments, loans, and other aid to belligerent countries, including Great Britain. Roosevelt came to regret signing the 1935 act. On September 21, 1939, he urged an end to the arms embargo. In November, Congress repealed the embargo and passed a "cash and carry" policy for Allied purchases, though other bans remained in effect.

Nazi Germany destroys the HMS Royal Oak: The HMS Royal Oak was one of five British Revenge-class WWI ships that were refitted for WWII. These relatively small battleships featured a "torpedo bulge" of protective armor. Even so, on October 14, 1939, the anchored battleship sank when the German submarine U-47 slipped through British naval base defenses at Scapa Flow and struck with four torpedoes. The Royal Oak became the first major British ship to be destroyed in World War II. More than 800 crew members perished.

Click next for a World War II timeline detailing the events of January and February, 1940.

"The idea is unbearable to me that the best, the flower of our youth must lose its life at the front in order that feebleminded and irresponsible asocial elements can have a secure existence in the asylum."

-- Dr. Hermann Pfannmüller, a strong advocate of the Nazi