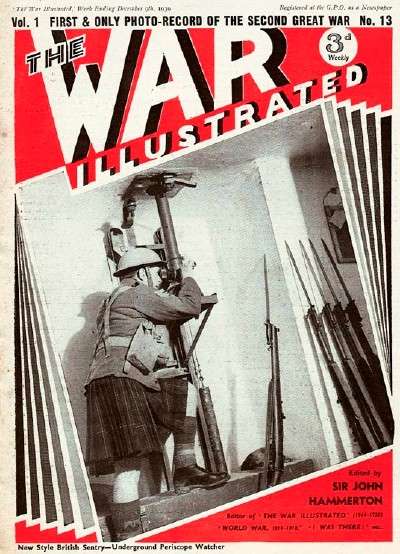 The severe winter of 1940 coupled with the attacks by Nazi Germany in Europe led to rationing in Britain and across the continent. Below is a World War II timeline tracing major events from February 1940.

February 12: With paper in short supply, Britain adds it to the growing list of commodities subject to rationing.

February 14: Not immune to the troubles in the rest of Europe, the Vatican institutes a rationing program.

February 15: One day after Britain declares it is outfitting its merchant vessels with guns, Nazi Germany announces that it will henceforth treat all British merchant ships as hostile combatants.

February 16: After an exhaustive search, the British Navy locates, detains, and boards the German ship Altmark in Norwegian waters. The Nazis had been using Altmark as a prison ship, and the boarding party quickly secures the release of 299 British prisoners taken by Germans from Allied ships.

February 17: Despite the danger of a defeat of Finland by the Soviet Union, the Finns' request for aid from their supposed ally Sweden is rebuffed.

February 18: The "moral embargo," America's refusal to deal with imperialist belligerents in Europe, is extended to the Soviet Union.

February 27: In an effort to boost morale, Winston Churchill wildly overstates Britain's success on the seas, claiming that half of Nazi Germany's feared U-boats have been sunk by the Allies.

February 28: Parts of the Enigma cipher machine are recovered from the wreckage of a German U-boat, adding to the Polish-supplied information on the Enigma puzzle in the hands of the Allies.

Below are more World War II highlights and images about the Allied response to Nazi Germany's aggression in February of 1940.

The War Illustrated chronicles the war: In September 1939, British citizens saw the rebirth of The War Illustrated, a magazine that had been popular during WWI. Promising to publish a photographic record of the "Second Great War" as it happened, the magazine covered both the war and the home front. Issue 5 featured photos showing U.S. reactions to the Nazi invasion of Poland. Issue 13 (pictured) shows an underground sentry from a Scottish regiment keeping watch through a periscope.

Canada commits to the war effort: Men of the First Squadron of the Royal Canadian Air Force wait to disembark at a British port in February 1940. Originally, Canada supported appeasement of the Nazi regime. However, soon after Nazi Germany invaded Poland, the Canadian Parliament approved entry into the war. Canada began sending troops to Britain in December 1939, although those men did not see action for several years. Starting with a small military, Canada raised substantial armed forces and had one of the world's largest militaries by war's end.

Egypt lets Britain do the fighting: Although independent since 1922, Egypt still depended upon Britain to defend its land and the Suez Canal. In 1939-1940, anti-British and pro-Axis sentiments were widespread, so British forces occupied Egypt in strength. Meanwhile, the embryonic Egyptian army of 11 infantry battalions (pictured) and two other regiments was of little military significance. Even when Italy invaded Egypt in September 1940, its government declared nonbelligerent status, leaving the British to eject the invaders.