On a cold late November night in 1942, in the Bay Village neighborhood of Boston, the Cocoanut Grove nightclub was absolutely hopping. The Grove, as it was called by the locals, was a well-known hangout in that area of the city. It had opened in the late 1920s, then limped its way through Prohibition, a few different owners, and a less-than-savory reputation as a place where the city's mobsters gathered.

By the time this Thanksgiving weekend rolled around, though, The Grove was clearly the spot to be in Boston. For everybody. Soldiers, sports fans (a big Holy Cross-Boston College football game had been played earlier that day), and those just out for a night on the town crowded into the sprawling complex for the food and live music.

The Grove held, at its upper limit, maybe 460 people. But with the holiday season starting, a growing war raging in Europe and the Pacific, and everybody looking for a release, the place was packed. On that Saturday evening, as many as 1,000 well-dressed customers were there looking for a good time.

It was a night — Nov. 28, 1942, — that Boston has never forgotten, a night in which revelry turned almost instantly to tragedy. It also was a night that reverberated across the globe, and that changed the city of Boston forever.

"This is 77 years later, and there's still all this energy around this event. Normally, if it's not done in the first five years, it disappears and it's forgotten. That's not the case with Cocoanut Grove," says Casey Grant of the National Fire Protection Association, which is based in the Boston area. "We still do presentations, and it's amazing the people who show up. There's people that show up and tell us they were orphaned. It's just striking the number of people who were directly impacted. It left deep scars."

What Happened at Cocoanut Grove?

The now-infamous Cocoanut Grove nightclub fire claimed 492 lives that night. It remains the deadliest nightclub fire in U.S. history. The black and white photos from the evening, almost 80 years later, are a sobering reminder of its toll; dead bodies being carried from the nightclub on stretchers, dazed and unconscious clubgoers lying limply in the arms of strangers, other victims facedown in the cobblestone street.

Two women, dressed for a night out, one with a monogrammed dress, lying on their backs, a sheet at their waists, ready to be pulled over their faces.

"We often talk about the perfect storm," Grant says. "When big-scale events occur like this, it's a confluence of all the wrong things coming together in unfortunately the worst way."

The Grove was a disaster waiting to happen. On that night, not only was the club overcrowded, but the owners had sealed off six of the nine exits, ostensibly to keep people from leaving without paying. The club's décor — an island-inspired theme that included fake palm trees with coconuts and draperies over false ceilings — was rife with flammable materials. The main entrance was a revolving door, which quickly became stuffed and unworkable when panicked patrons surged to escape.

"The crowding in this club is hard to imagine," Paul Christian, the former Boston fire commissioner, told filmmakers in 2014. "It was just elbow to elbow. There was no emergency lighting at the Cocoanut Grove. The doors opened inward. The doors jammed up immediately. The windows were all glass block. And those, you can just not break."

Clubgoers frantically try to escape during the disaster, while firemen work to put out the fire.
Boston Public Library

How Did the Fire Start?

The fire began downstairs, in the Melody Lounge. The exact origins never have been officially determined, but for years many people blamed a busboy, based on an interview of the busboy and the eyewitness accounts of John Heyman, a survivor of the fire.

From the Boston Globe's obit of Heyman, who wrote an earlier piece in the newspaper about his recollections of the night. He died in 2019 at age 99:

I watched as a busboy struggled to replace the bulb just 10 feet in front of me," Mr. Heyman wrote [in 2012]. "He could not see in the dark, so he struck a match, which immediately ignited both the artificial palm tree holding the socket and the palm fronds above the tables. The cloth ceiling caught fire and flames exploded upstairs almost instantaneously, spreading choking smoke and heat everywhere.
Police examine the pocketbooks of female victims in an effort to identify the owners. Most such efforts were unsuccessful.
Boston Public Library

Why Did So Many Die?

A single 4-foot (1.2-meter) wide stairway led up from the Melody Lounge to a door at the top of the stairs. The door, equipped with a panic bar, was locked shut.

As the fire leapt upstairs and into the main ballroom area, patrons bolted toward the revolving door, which jammed with the onslaught and then broke altogether. Most of the other doors in the club opened inward and were forced shut by the surging crowd.

Within five minutes of the fire igniting, the entire club was engulfed. The toll was devastating.

"The whole thing was dealing with the human wreckage, the carnage," Grant says. "Really, that's what Cocoanut Grove was all about. It was a remarkable event in that, of the approximately 1,000 people in that building that night, one out of every two would perish. You had a one in two chance of getting out alive. And if you take four people, two of them would perish, and then one of them would be injured. Only one of four would get out unscathed."

Those cold statistics — the injured and dead compared to the unhurt — are unheard of in any fire disaster before or since, Grant says.

What We Learned From the Fire

Out of the tragedy of Cocoanut Grove, some good arose. Over the months and years that followed, the fire and its aftermath became the impetus for some important changes in fire safety and prevention, and served as a blueprint for how future emergencies should be approached.

Grant points to four areas that changed nationally — and internationally — because of Cocoanut Grove:

Maybe the most striking of those changes came on the medical front. Then, as now, Boston was a major hub of medical innovation. Thanks to the quick action of what are now known as first responders — and the preparation of Civil Defense operations in place because of the war — the many victims that night were rushed to several hospitals in the city, mainly Boston City Hospital and Massachusetts General Hospital. There, they were given care that is often routine now for burn victims.

"This was the first in the world in the civilian population of the use of penicillin," Kenneth Marshall, a Boston-area plastic surgeon and the president of the Cocoanut Grove Memorial Committee, told filmmakers. Marshall's mother was a Boston City Hospital nurse who treated victims of the Cocoanut Grove fire.

The fire also changed how burns are treated, topically and otherwise, and how affected lungs and breathing are cared for in burn victims. It was, Marshall said in the documentary, the beginning of blood banking as we know it today. And the first academic mention of post-traumatic stress disorder came out of the fire.

The night the fire started, the club was overcrowded. Within five minutes of the fire igniting, the entire club was engulfed, with at least 1,000 people trapped inside.
Boston Public Library

The Key to Preventing Fire Tragedies

For all its good, though, the lessons of Cocoanut Grove have not prevented other fire tragedies, too numerous to list. Almost 35 years after the Boston tragedy, a fire at the Beverly Hills Supper Club fire in northern Kentucky, just south of Cincinnati, killed 165 people. That was in May 1977.

More recently, the Station nightclub fire in Rhode Island (2003) killed 100. The Ghost Ship fire in Oakland, California, in 2016 killed 36. And in England, a fire in the high-rise Grenfell Tower apartment building in West London in 2017 killed 72.

Codes can be written, inspections made, fines threatened, people jailed. But in the end, it's still up to local officials and property owners to keep these tragedies from happening again.

"We realize, as much as we work hard and we put in safeguards, we still also find clever ways to get around safeguards, or we see new hazards introduced," Grant says. In the Station fire, for example, combustible soundproofing and indoor pyrotechnics led to the fire.

"If you were looking for any one thing that seems to continually catch everyone off guard, it's complacency. People, the public, we tend to think it's not going to happen to us," Grant adds. "And it does. We're really good at forgetting history."

NOW THAT'S INTERESTING
After Cocoanut Grove, building codes and regulations — many of which existed then — were much more widely accepted and enforced on local and state levels throughout the U.S. and the world. Among the changes in codes that Cocoanut Grove brought about: Revolving doors are required (through both the International Building Code and the NFPA code) to have an outward-swinging door next to them. Other code requirements and regulations since Cocoanut Grove that have been widely adopted involve occupancy limits, sprinkler systems, fire inspections, emergency lighting and lighted exit signs. They're all subject to state or local amendments, though.

8 Facts About Persian Cats, Kings of the Lap-Nappers 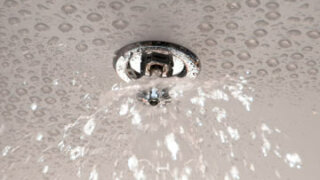 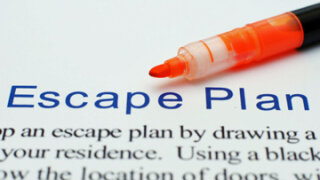 How to Make a Fire Safety Plan for Your Home 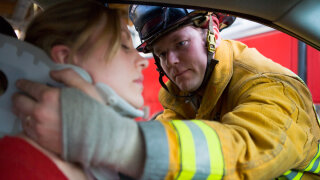