by Josh Clark
Prev NEXT
1 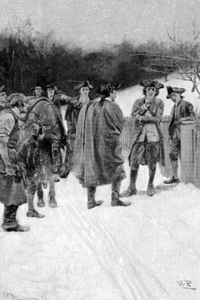 One good way to inherit family wealth was to send the rightful owner to colonial America for a dozen years of indentured servitude.
©Getty Images/Photos.com/Thinkstock

One can only wish that James Annesley's story ends much more happily, but, alas, it concludes instead with his early death.

James Annesley was born to a wealthy family in Ireland in the early 18th century, to a vast amount of wealth and a noble title. His uncle Richard was determined to inherit James' wealth, and methodically dispensed of everything that stood between him and the family fortune, starting first with James' father -- Richard's own brother. Historians suspect that Richard poisoned his brother Arthur.

With Arthur Annesley out of the way, only James stood between Richard and the family entitlement. At the age of 12, James was kidnapped by men hired by his uncle and smuggled aboard a ship to America, where he was held as an indentured servant in Delaware for 12 years. At 25, he worked off his servitude, took a ship to Jamaica and eventually London, and set about restoring his identity and reclaiming his fortune from his uncle in the courts.

He died before he could, with his uncle still in control of the family wealth. Annesley had the last laugh, however. The decades of court cases dragged his uncle's reputation into the public sphere, where he was decried as a schemer, bigamist and scoundrel.