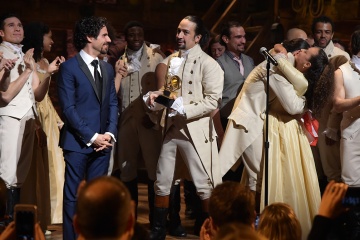 Alexander Hamilton's legacy, like that of many political figures, is complicated. When he and Burr turned to face each other, pistols raised, his reputation was already in decline. Many Americans still remembered him for his affair with Maria Reynolds. The political clout he once enjoyed was waning, and he struggled to be the Federalist kingmaker he once was. His recent move to The Grange, a country home north of New York City, had stretched his finances — a situation that worsened with some unsuccessful attempts at land speculation [source: National Archives]. To make matters worse, his early death allowed his political foes to trash him in their later writings. John Adams, Thomas Jefferson and James Madison all had bad things to say about the defenseless Hamilton, calling him out of touch with the common man and suggesting that deep down he preferred a monarchy friendly to England [source: Hartle].

But things would get better for Hamilton, even if he wasn't around to see it. For one, scholars now credit Hamilton with the American economy's tremendous success in its early years. His emphasis on manufacturing, infrastructure and finance helped foster independence from Britain not only in a political sense, but also in an economic sense. Scholars also see Hamilton's influence in today's economy. He's the one who first gave the government a role in the American economy, creating things like a national debt and a national bank — things that are admittedly controversial but are undoubtedly ingrained in today's financial system. And Hamilton himself could not have imagined what his promotion of industry and business would one day help create: the largest economy the world has ever seen. It's no wonder he's been featured on more denominations of United States currency than any other person [sources: Gass, Cohen and DeLong, Hartle].

Despite all these accomplishments, Hamilton hasn't gotten as much attention as other Founding Fathers. But that may be changing thanks to the musical Hamilton, performed and written by Lin-Manuel Miranda. In 2016 it took home the Grammy for Best Musical Album, causing Google searches for the phrase "Who is Alexander Hamilton?" to spike by 400 percent [source: Falcone]. So he didn't become president, but he now has a musical. Take that, Jefferson!

How can we all know so little about a man whose picture is on the money we handle almost every day? That's the question I found myself asking after writing this article and discovering what a fascinating and influential figure Alexander Hamilton really was. From his rags-to-riches journey to his innovative economic policies to his steamy affairs, there was something for everyone to like about Hamilton's story. Maybe the lack of interest is simply because, as one author put it, he was "the most important founding father who never became president." We do love our presidents.