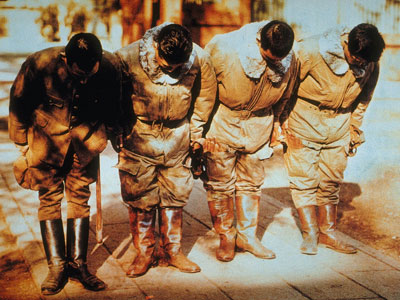 A group of Japanese kamikaze pilots bow during a ceremony in 1945.
MPI/Getty Images

By 1944, the Japanese imperial military was aware that its air force was outgunned. The Allies had better planes that were more advanced and capable of traveling longer distances. The Japanese air fleet was growing outdated in the midst of the second World War.

In response, Vice Adm. Onishi Takijiro, a commander in the Imperial Navy, made a radical suggestion: Rather than update planes, they could turn some of the aging fleet into piloted bombs to be crashed into Allied ships. The pilots would carry out literal suicide missions. Takijiro's plan worked.

At the battle for the Gulf of Leyte, kamikaze ("divine wind") pilots made their debut with tremendous effect, taking out the USS St. Lo with 144 men aboard [source: PBS]. Kamikaze pilots made a much larger impression during the battle for Okinawa, when as many as 300 planes outfitted with 550-pound (250-kg) bombs were driven by their pilots into the Allied ships headed toward Japan [source: PBS].

The kamikaze proved to be an effective, unconventional tool in the Japanese arsenal during World War II. When the enemy's determination to survive a battle is taken out of the equation, that enemy becomes exponentially more dangerous. But this begs the question: How did the Japanese military convince thousands of pilots to purposely and knowingly sacrifice their lives?

That answer lies largely in the concept of bushido, a code developed in the early 18th century that governs the conduct of samurai warriors. It demands bravery and unflinching self-sacrifice [source: Friday]. Honor comes from death, disgrace from surrender.

Historians have a hard time reconciling the feudal concept of bushido with what the Japanese government sold its soldiers in World War II. When examined side by side, the modern version exacts a much higher toll on adherents. It worked nonetheless. Honor was bestowed on those true believers who willingly gave their lives, much like the suicide bombers today in the Middle East receive.

The concept of bushido wasn't reserved for Japanese pilots; it was extended to all of the Japanese military. This explains why some Japanese soldiers were still fighting decades after World War II ended. 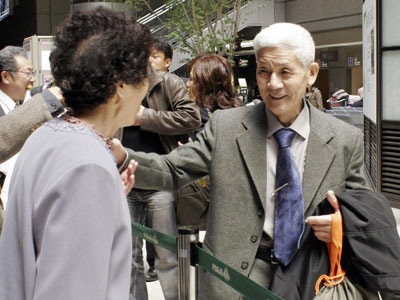 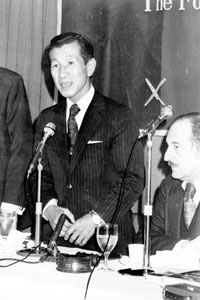