Revisionism as a Negative Term 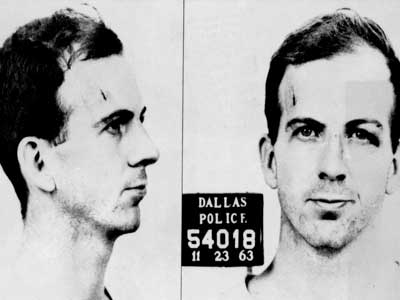 In popular c­ulture, revisionist history has become synonymous with telling lies or embellishing the tr­uth. For instance, in 2003, President Bush used the term "revisionist historians" in reference to the media covering the war in Iraq. He claimed that certain reporters had wrongfully questioned the reasons for invading the Middle Eastern country and muddied the public's opinion of the conflict. Some professional historians didn't take kindly to Bush's comment because it cast an unflattering light on the academic study of history. After all, they reasoned, all histories are revisionist at some point. A few years later, in 2006, Florida passed a law banning "revisionist and postmodernist history" from being taught in the state's public schools [source: History News Network]. The language of Florida's Education Omnibus Bill stated that students should learn facts, not "constructed" elements of American history -- essentially equating revisionism with lies.

Why does revisionist history have a bad reputation? First, it's associated sometimes with highly contentious theories, such as Holocaust denial. Recall the public furor in response to Iranian President Mahmoud Ahmadinejad's 2007 speech at Columbia University, when he stated that the Holocaust didn't happen. Historians emphasize that people who deny the events of the Holocaust during World War II aren't practicing revisionist history but rather negationism. Another revisionism-related scandal occurred recently in Japan, also concerning World War II. The general of the Japanese air force authored an essay asserting that Japan was bullied into Pearl Harbor by the United States and only engaged in combat as a defensive measure [source: Economist].

This brings up the issue of credibility that has marred the field of historical revisionism. When you hear a new theory about, say, who shot John F. Kennedy, you have to consider the source. Is the author a peer-reviewed scholar or an amateur historian? What kinds of research methods were involved? Is the author motivated by fame and fortune -- or is he or she in true academic pursuit of the facts? And even when the source checks out as legitimate, revising an accepted historical narrative can be controversial. The public tends to view revisionist theories of well-known historical incidents tied closely to its own lineage with more skepticism than those regarding more obscure events [source: Mortimer]. It's well-known that Mary Todd Lincoln was mentally instable, but you can bet that if a historian proposed a similar claim about her husband Abraham Lincoln, people would scoff at the notion. Such a revelation would challenge Americans' collective memory of President Lincoln, whereas someone from another country probably wouldn't have as much difficultly accepting it.

In the end, only a small quantity of revisionists histories are eventually accepted as fact [source: Loewen]. Yet the rise of modern historical revisionism in an academic environment has had a significant impact on the discipline. It's leveled the playing field, so to speak, of recorded history by addressing the victims as well as the victors and everyone in between. Despite the skeptical public regard for it, the discipline of revising history will continue as long as we come up with new questions to answer and fresh angles to analyze. Sure, the narratives aren't always as Hollywood-ready when they get the revisionism once-over. At some point, we probably want to believe that the people who shaped our national identity were wholly altruistic and morally upright because, in a way, their characters also define part of our own identities. But as everyone knows from his or her personal history, the past isn't always as rose-colored as a young president refusing to tell a lie or an epic romance between an Englishman and a Native American princess.