by Julia Layton
NEXT PAGE 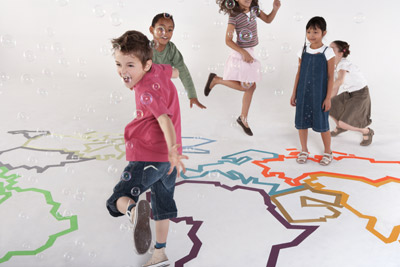 Continents may be constantly shifting and changing, but to most people, their shapes are as recognizable as faces.
E. Dygas/Riser/Getty Images

Continents are not the unchanging, universally recognized land masses of our elementary school studies. They were discovered by ocean-going explorers, sometimes with multiple people claiming the initial discovery. They were demarcated and named by men for political, often self-serving reasons. And they have shifted and changed shape over time. Our planet looks dramatically different than it did millions of years ago. But the continents as we know them now are an integral part of our geographical understanding of our world.

As important as geographical boundaries are for national and cultural identity, so do names count in our conception of who we are and where we come from. Imagine the confusion when the country you live in is actually positioned on two different continents, as is the case in more than one instance. This is one of the times when the term "Eurasia" comes in handy.

Even the number of continents is a subject of dispute. Different places in the world recognize different continents; the seven continents as taught in most of the West are only one way of looking at the continental geography of Earth. In this article, we'll learn about how the continents we know now -- Africa, Antarctica, Asia, Australia, Europe, North America and South America -- came about as distinct entities, find out different theories concerning where their names come from, see how our view of them has changed over the years, and learn why some of the continents don't even really fit the definition of "continent."

To begin, let's take a look at the world before there were any distinct continents at all. Scientists now believe that 200 million years ago, all of the land on Earth was connected in a single, unbroken mass surrounded by water -- a supercontinent. They call that ancient supercontinent Pangaea. The name is a logical choice. Find out why in the next section. 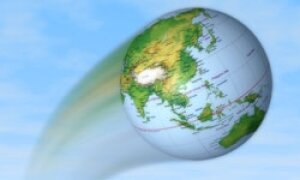 What if I wanted to visit all seven continents in one day? 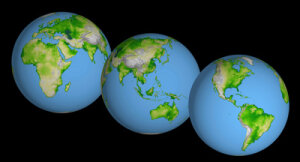 How did the supercontinent Pangaea become seven continents?