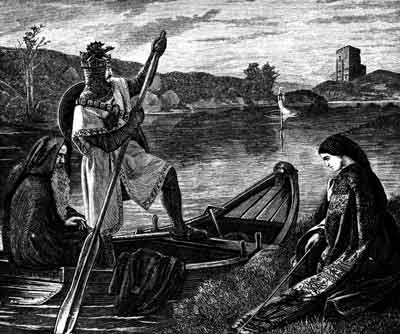 Some knights belonged to groups, or orders. Each order served a different purpose.

Knights Templar: This order of military monks provided protection for pilgrims traveling in the Holy Land during the Crusades. The Templars amassed great wealth and power but were eventually accused of heresy and destroyed by the church.

Knights Hospitallers (also Knights of St. John of the Hospital): Founded to care for sick pilgrims, this group thrived throughout the Holy Land and fought against the Muslims. The knights eventually left the Holy Land for Malta, but the order exists today in the original purpose of caring for the sick.

Teutonic Knights: Like the Hospitallers, the Teutonic knights were a German order that cared for pilgrims in the Holy Land. From there, they moved to Prussia, Poland and Russia. Today, it's a charitable group that operates clinics.­

Order of the Garter: Inspired by Arthurian legends, King Edward III of England established the Order of the Garter in 1346. The order is basically an elite group of knights that today consists of royalty and members appointed by the sovereign of Great Britain.­