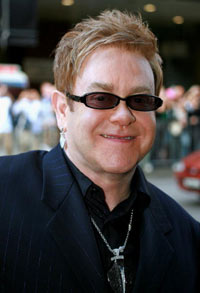 As we mentioned earlier, the military aspects of knighthood faded with the increased use of firearms and gunpowder. Armor couldn't protect knights from gunshots, and firearms didn't require the skills and training that armed combat with swords and lances did. Today, knighthood stands in two categories: It's an honor bestowed by royalty for a (not always military) service, and a rank within one of the European martial arts.

Several orders of knights from medieval times still exist today as service orders (like the Knights Hospitallers and Teutonic Knights). But most of us know knighthood as an honor bestowed in the United Kingdom by the queen or members of the royal family in recognition for some great social contribution. For example, musicians Paul McCartney, Elton John and Bono have been knighted. A committee selects candidates for knighthood and presents them to the queen for knighting. Unlike knights of old, these honorary knights require no military service.

There are many schools in North America and Europe for the study of the martial arts of the medieval knights. Several "fight manuals" from medieval times still exist, and schools use them to develop training curricula. In many schools, an instructor can confer knighthood upon a student after a period of study and testing (much like students of the Asian martial arts earn black belts). Often, students from these schools and programs get together, dress in armor and compete in the knightly arts among themselves or for demonstrations at various Renaissance and medieval fairs.

To learn more about knights, look through the links below.