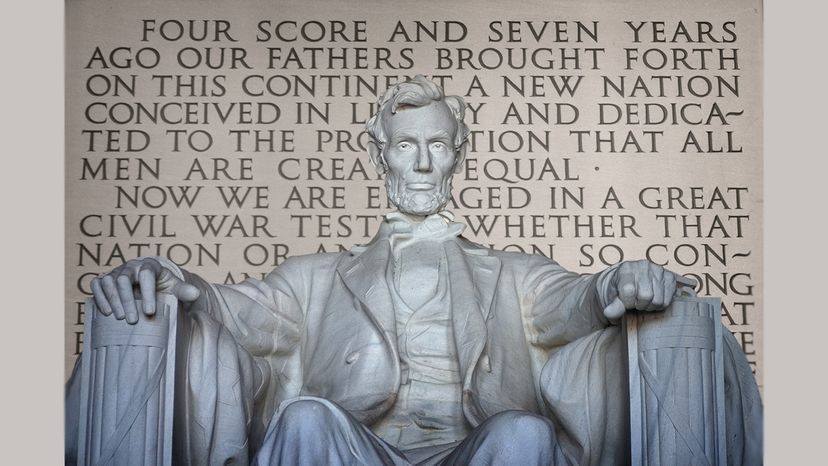 The words to the Gettysburg Address are carved into the backdrop of the Lincoln Memorial in Washington, D.C. gchutka/Getty Images

Quick, finish this sentence: "Fourscore and seven years ag­o..." Most of us recognize the famous openin­g of Abraham Lincoln's Gettysburg Address, and some might be able to stumble through a few more phrases. If you grew up in the United States school system, chances are at one time you memorized the Gettysburg Address (or at least you were assigned to have it memorized).

What is it about this particular speech that has inspired the American school system to deem it so important (besides the fact that it's short enough for kids to memorize)? The Gettysburg Address has impact well beyond the schoolyard, too. Historians and modern political theorists often use it to explain how the American government is supposed to work.

Lincoln gave plenty of memorable speeches, most notably his "House Divided" speech at the Illinois Republican State Convention in 1858. But he wasn't even the featured speaker at the Soldiers' National Cemetery dedication on Nov. 19, 1863. His appearance was considered largely ceremonial, and he was invited to speak only a few weeks before the event, so he didn't have a lot of time to prepare.

Edward Everett, the featured speaker of the day, was considered a superstar of the public oratory set. He delivered a two-hour lecture before Lincoln took the stage. Lincoln, who was listed in the program as giving brief remarks, followed with his address, which was less than 300 words long and took about two minutes to deliver. He didn't even say the words "Gettysburg," "slavery," "Confederate" or "Union."

But somehow, the Gettysburg Address has endured as one of the most important documents in U.S. history, ranking up there with the Declaration of Independence and the U.S. Constitution. What did Lincoln say that was so meaningful — and did people immediately recognize how influential the speech would turn out to be? How did 300 words change the way U.S. views its government, country and society? 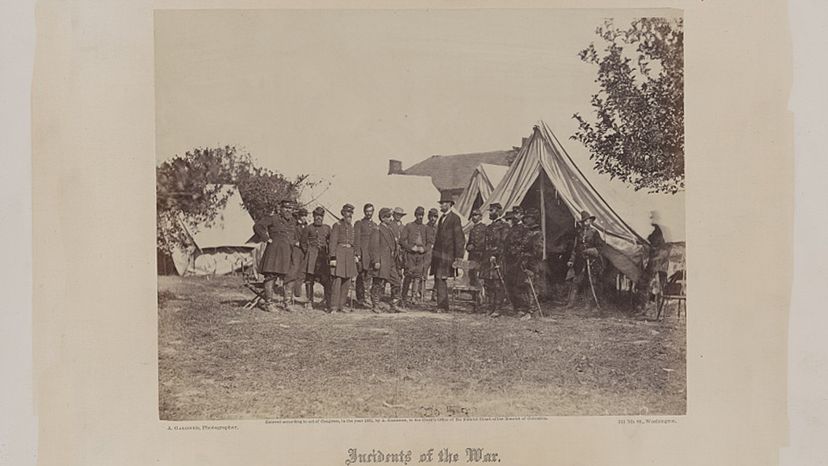 First, let's look at the actual text. Here's the version that is carved into the Lincoln Memori­al (we'll talk about the others later):

Fourscore and seven years ago, our fathers brought forth on this continent a new nation, conceived in liberty, and dedicated to the proposition that all men are created equal. Now we are engaged in a great civil war, testing whether that nation, or any nation so conceived and so dedicated, can long endure. We are met on a great battlefield of that war. We have come to dedicate a portion of that field as a final resting place for those who here gave their lives that this nation might live. It is altogether fitting and proper that we should do this.
But, in a larger sense, we cannot dedicate...we cannot consecrate...we cannot hallow...this ground. The brave men, living and dead, who struggled here, have consecrated it far above our poor power to add or detract. The world will little note nor long remember what we say here, but it can never forget what they did here. It is for us, the living, rather, to be dedicated here to the unfinished work which they who fought here have thus far so nobly advanced. It is rather for us to be here dedicated to the great task remaining before us...that from these honored dead we take increased devotion to that cause for which they gave the last full measure of devotion, that we here highly resolve that these dead shall not have died in vain, that this nation, under God shall have a new birth of freedom, and that government of the people, by the people, for the people, shall not perish from the earth.

How Long Was It?

The official photographer for the Gettysburg dedication focused most of his preparation on capturing the featured speaker, Edward Everett. President Lincoln followed Everett, so the photographer began to prepare to photograph Lincoln only once Everett was finished. Before the photographer could set up his camera, Lincoln was already heading back to his seat. As a result, there are no known photos of Lincoln giving his speech at Gettysburg. 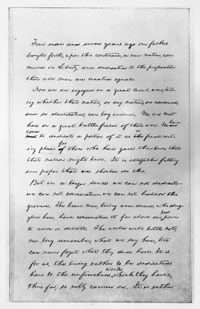 ­­What was it about Gettysburg that prompted Lincoln's words? The most commonly accepted answer is that the North had won the Battle of Gettysburg in July 1863. Up until that time, there hadn't been many Union victories, and certainly none that had taken place in the North (most of the Civil War was fought in the South). Lincoln would have wanted to use this victory to gather support for the war, which had become increasingly unpopular in the North as it dragged on.­

It's true that Lincoln had received his invitation to speak only a few weeks before the cemetery dedication, but he had had four months to gather his thoughts after the battle. The process of identifying and burying the bodies took a long time, and since more than 50,000 soldiers were killed, injured or missing, there was a lot to consider before the cemetery could even be constructed.

As we mentioned, Lincoln's speech wasn't the feature presentation that day. That honor went to Edward Everett, who was considered a superstar orator. And while today we might assume that Everett's speech hasn't endured because it was so long, attention spans were a little better during Lincoln's time. People expected and wanted to hear lengthy speeches. Movies, television and radio hadn't been invented, so unless people were able to get to the theater for a stage production, a traveling orator might be the only professional entertainment they had access to.

Everett's account of the battle was the modern equivalent of a "Dateline NBC" or "48 Hours" special. Orators like Everett could draw a huge crowd on name alone, so the pressure was mostly on him to deliver a gripping and educational performance.

Lincoln's speech, on the other hand, was almost an afterthought. He was the president, so it was still important, but he just wasn't the reason for the crowd.

Lincoln arrived at Gettysburg the day before the speech, which gives some indication that he knew his speech was still important. Considering a president's busy schedule, to make time for an extra travel day even in the 1860s was a little unusual. A crowd of 15,000 ended up seeing the speech, so Lincoln was correct in assuming that had he waited until the day of the dedication to arrive, he may have missed the ceremony. The crowd that gathered in the small town of Gettysburg overwhelmed all of the roads and inns. Other politicians who waited to arrive missed most of the ceremony.

­While there are plenty of legends about how Lincoln came up with the speech, most modern scholars say that he had researched his subject and the battlefield — and had written at least thoughts, if not a first draft, for his speech — before he left Washington.

Today, at least five versions of the Gettysburg Address exist. Microphones and recording devices weren't around at the time, so word-for-word transcription was nearly impossible. There are a few newspaper accounts of the speech and Lincoln had a few copies, one that may have been his reading copy and some that he distributed to Everett and historians. Most of the discrepancies in the text are minor revisions Lincoln made after he had delivered the speech. The Library of Congress has preserved two copies, one of which is considered the earliest draft and the other a copy Lincoln gave to his private secretary, John Hay.

Did Lincoln Write the Speech on an Envelope?

There is no evidence that Lincoln wrote the Gettysburg Address on an envelope during the train ride to Gettysburg, or that he spoke without any notes at all. We still have the drafts of ideas that he wrote in Washington in the weeks leading up to the event.

Why the Speech Is Important 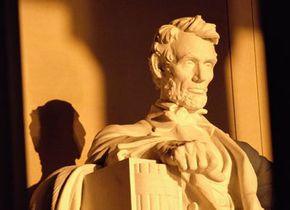 Lincoln himself didn't even think the Gettysburg Address was that great — but it has endured as a pivotal moment in American politics.
Steven Gottlieb/Taxi/Getty Images

Everett's speech was the draw, but his is not the enduring speech. Why? For one, Everett played to the crowd, citing Southern aggression and Confederate conspiracies.

Lincoln, on the other hand, looked at the big picture. He made the speech about preserving self-government rather than about any one battle. As we mentioned, he didn't even say the words "Gettysburg," "slavery," "Confederate" or "Union." Instead of bringing up divisive issues or narrowly defining his speech by the battle, he talked in very broad terms. Instead of delivering an angry diatribe against the Confederacy, as Everett had done, Lincoln emphasized healing the country and working toward the ideals laid out in the Declaration of Independence.

In terms of speaking style, Lincoln also deviated from Everett. He did use plenty of flowery and archaic phrases, but he was much more simple and plainspoken. This more direct form of speech had only recently begun to catch on. While the use of romantic language was still prevalent, Lincoln was among those who recognized the need for more concise language. People were using the telegraph for communication during the war, and dispatches had to get to the point quickly if they were going to be tapped out across the wires. Lincoln's world was adapting to faster forms of communication, and speeches like the Gettysburg Address reflected the changing times

The Gettysburg Address is considered a pivotal moment in the way Americans viewed themselves and their government. A phrase Lincoln uses at the end of the speech — "a government of the people, by the people, for the people" — was a new interpretation of American government and society. Before that, people had talked about ending slavery, but few talked about "equality." And while Lincoln wasn't necessarily an advocate of complete equality for African-Americans, the concept that we as humans are at least created equal, which is generally accepted in modern American political thought, was a fairly radical proposal.

With the speech, in fact, Lincoln redirected political thought in America toward his interpretation of the Declaration of Independence as opposed to the Constitution. Writer Garry Wills describes the change as one in which the Constitution is simply a means to an end, with the end being the ideals of the Declaration of Independence [source: Wills]. The singular ideal that all people are created equal has driven much of American political goals since then.

And instead of using convoluted political rhetoric, more closely associated with the romantic language, Lincoln gets to the point in the Gettysburg Address. Political scientist Philip Abbott summed up the importance of Lincoln's speech: "At Gettysburg he stated his conception in terms so simple and eloquent that the address is regarded as a masterpiece of political discourse" [source: Abbott].

Reaction to the Gettysburg Address 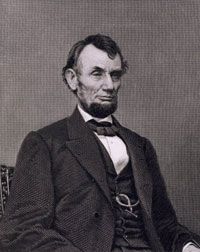 There is some debate about the immediate public reaction to the Gettysburg Address. Some newspapers panned it, others loved it. According to some accounts, the crowd gathered for the dedication didn't think it was a very good speech for the occasion — and neither did Lincoln himself. Historian Shelby Foote says that Lincoln lamented that the speech was "a flat failure and the people are disappointed" [source: Foote]. Wills disputes this account, saying that the claim Lincoln was disappointed with the speech "has no basis" [source: Wills].

­Today, it is generally accepted that the Gettysburg Address is an important document that provides an interpretation of the Declaration of Independence that we still refer to today. Not only has it changed our views on government, but it has influenced Americans' goal for equality and a government that "shall not perish from the earth." 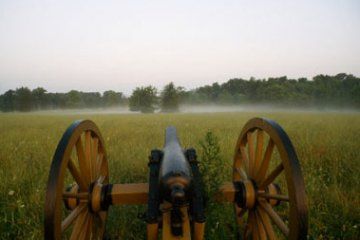 Up Next
How the Battle of Gettysburg Worked
Explore More 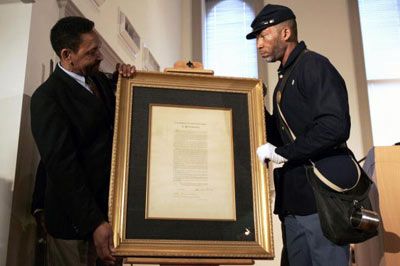 You May Like
How the Emancipation Proclamation Worked
Explore More 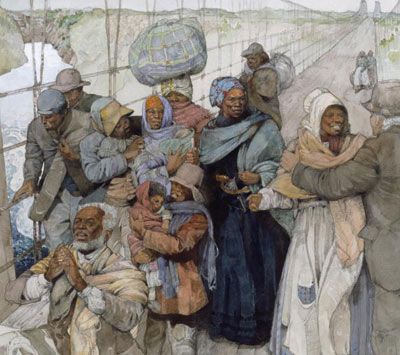