Why the Speech Is Important 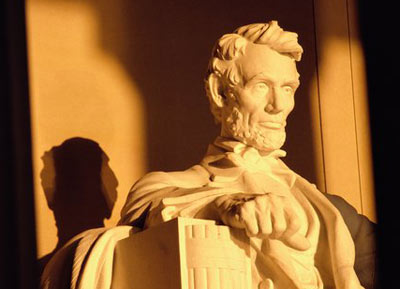 Lincoln himself didn't even think the Gettysburg Address was that great — but it has endured as a pivotal moment in American politics.
Steven Gottlieb/Taxi/Getty Images

Everett's speech was the draw, but his is not the enduring speech. Why? For one, Everett played to the crowd, citing Southern aggression and Confederate conspiracies.

Lincoln, on the other hand, looked at the big picture. He made the speech about preserving self-government rather than about any one battle. As we mentioned, he didn't even say the words "Gettysburg," "slavery," "Confederate" or "Union." Instead of bringing up divisive issues or narrowly defining his speech by the battle, he talked in very broad terms. Instead of delivering an angry diatribe against the Confederacy, as Everett had done, Lincoln emphasized healing the country and working toward the ideals laid out in the Declaration of Independence.

In terms of speaking style, Lincoln also deviated from Everett. He did use plenty of flowery and archaic phrases, but he was much more simple and plainspoken. This more direct form of speech had only recently begun to catch on. While the use of romantic language was still prevalent, Lincoln was among those who recognized the need for more concise language. People were using the telegraph for communication during the war, and dispatches had to get to the point quickly if they were going to be tapped out across the wires. Lincoln's world was adapting to faster forms of communication, and speeches like the Gettysburg Address reflected the changing times

The Gettysburg Address is considered a pivotal moment in the way Americans viewed themselves and their government. A phrase Lincoln uses at the end of the speech — "a government of the people, by the people, for the people" — was a new interpretation of American government and society. Before that, people had talked about ending slavery, but few talked about "equality." And while Lincoln wasn't necessarily an advocate of complete equality for African-Americans, the concept that we as humans are at least created equal, which is generally accepted in modern American political thought, was a fairly radical proposal.

With the speech, in fact, Lincoln redirected political thought in America toward his interpretation of the Declaration of Independence as opposed to the Constitution. Writer Garry Wills describes the change as one in which the Constitution is simply a means to an end, with the end being the ideals of the Declaration of Independence [source: Wills]. The singular ideal that all people are created equal has driven much of American political goals since then.

And instead of using convoluted political rhetoric, more closely associated with the romantic language, Lincoln gets to the point in the Gettysburg Address. Political scientist Philip Abbott summed up the importance of Lincoln's speech: "At Gettysburg he stated his conception in terms so simple and eloquent that the address is regarded as a masterpiece of political discourse" [source: Abbott].