Life as a Royal 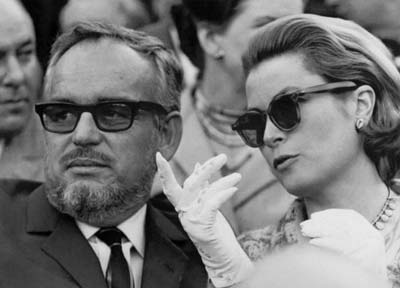 Prince Rainier and Princess Grace of Monaco comment the ongoings at the Maestranza bullfight in Seville, April 19, 1966.
STF/AFP/Getty Images

You might think that royals enjoy lavish lifestyles in opulent palaces, with hundreds of servants on hand to take care of their every need. You may be imagining beautiful country manor houses, expensive cars, gold- and gem-encrusted finery and custom-fitted clothes. Well, it turns out you're on the right track. The lives of royalty are indeed very privileged.

Although Scandinavian royals are known for a more down-to-earth style (they are sometimes referred to as "bicycle monarchies" for their habit of taking rides around public streets), the royals of Britain, Monaco and Morocco do their part to keep up the royal reputation for splendor.

Until 1997, Queen Elizabeth II and her family would frequently take trips on board Britannia, the royal yacht. The 412-ft. craft carried not just the royals but five tons of luggage and more than 250 servants and crew. If they want to get away from it all without taking to the sea, English royals can spend time at Balmoral, their country house in Scotland. In truth, it's a 50,000-acre estate. What is it they're leaving behind when they take such trips? Only Buckingham Palace, a 240-bedroom manse in London with more than 400 servants on hand. However, Buckingham is dowdy compared to Windsor, Elizabeth II's traditional family retreat. Her Royal Highness can always find a seat of power -- there are eight thrones scattered about the palace's 650 rooms [source: Heyman].

Dowager Empress Tzu-Hsi of China ruled China as a regent before the accession of her son, and again after his death.
Hulton Archive/Getty Images

Yet all this pales in comparison to the opulence that some Middle Eastern monarchies are capable of. Brunei is home to the world's largest palace, with almost 1,800 rooms. The throne room is tiled in solid gold, and the chandeliers alone cost $12 million [source: Heyman].

Modern royal children are educated at the finest private schools, but this wasn't always the case. In the past, royal families were so pampered that their children were discouraged from doing pretty much anything, including learning. As a result, quite a few kings took control of an entire nation even though they were barely literate, had no military training and little sense of economic strategy [source: Shaw].

While all monarchs relied on advisers to some extent, those who took the crown while very young were assisted by regents. Regents could act as simple advisers, or they could act as governors representing the crown until the true king came of age.