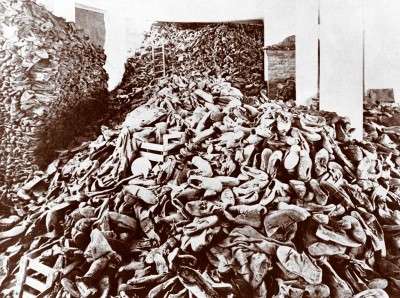 In February 1943 General Dwight D. Eisenhower assumed control of the Allies' north African forces. Follow this and other World War II events from February 1943 in the timeline below.

February 3: Germans observe the first of three official days of mourning for the loss of the Sixth Army at Stalingrad. Of a force of about 270,000 men, nearly 150,000 were killed and 90,000 taken prisoner.

February 4: The British Royal Air Force (RAF) Bomber Command receives orders that the next phase of the German bombing campaign is to focus on the destruction of Germany's U-boat manufacturing capabilities.

The British Eighth Army, fresh from victory in Tripoli, rolls into Tunisia.

February 5: Benito Mussolini relieves his son-in-law, Count Galeazzo Ciano, of his duties as Italy's foreign minister, reassigning him to the ambassadorship at the Vatican. Il Duce (Mussolini) will appoint himself to fill the vacant ministry post.

February 8: The Russians retake Kursk, a vital operations base, from the German occupation force that has held the city for almost 14 months.

February 9: President Franklin Roosevelt orders a 48-hour minimum workweek in several U.S. industries that are key to the war effort.

After six months of desperation, disease, and brutal fighting, the U.S. declares Guadalcanal secure the day after the last Japanese soldier quietly evacuates the island.

February 10: Civilians evacuate the town of Lorient, France, site of an active German U-boat base, in the face of a heavy RAF bombing campaign.

Below are more images and headlines detailing events of World War II and the Axis and Allied campaigns of 1943.

Hundreds of thousands die at Treblinka: Before Jews and other enemies of the Third Reich were exterminated at the Treblinka death camp in Poland, their shoes (and other possessions) were confiscated. This image alone suggests that a huge number of people met their fates at Treblinka. In fact, more than 700,000 Jews died at the camp, a death toll exceeded only at Auschwitz. Most of the victims came from such major ghettos as Warsaw (250,000 in the summer of 1942) and Bialystok, while others endured (or died during) long train rides from Czechoslovakia, Greece, and other countries. Deportations to Treblinka ended in May 1943.

Soldiers endure wretched conditions in New Guinea: Australian infantrymen fight in New Guinea in this painting by Henry Hanke. The Japanese naval offensive toward Port Moresby in New Guinea in 1942 raised justified concerns that an invasion of Australia was imminent and prompted the recall of Australian troops from the Middle East. Australians shouldered the brunt of the early fighting in New Guinea, as significant numbers of U.S. troops were not available. Plagued by disease and constant rain -- their movement limited to muddy footpaths over steep, jungle-choked mountains -- soldiers on both sides suffered terrible hardships during the seven-month campaign.

British agent Nancy Wake known as the "White Mouse": Nancy Wake used her position as wife of a wealthy French businessman to help the French Resistance. She served as courier, obtained false papers, bought an ambulance to aid fleeing refugees, and helped get some 1,000 escaped prisoners and downed Allied fliers out of France. By 1943 Wake -- called the "White Mouse" because she was so hard to catch -- topped the Gestapo's most-wanted list. She fled to Britain, was trained by the SOE (Special Operations Executive, a spy agency), and then parachuted back into France. There she served as liaison between London and the Maquis, and also led guerrilla raids.

Allied propaganda warns U.S. workers: Allied propaganda typically portrayed the Japa­nese as nearsighted, bucktoothed caricatures or as monkeys, alternating between a subject of ridicule and an object of fear. This particular piece, probably made to be posted in U.S. defense plants, reminds workers that goldbricking hurts productivity and aids the enemy. It also links Japan to its Axis partner, Germany, through the subject's swastika collar medallion.

See the next section for a detailed timeline on more important World War II events from February 1943.